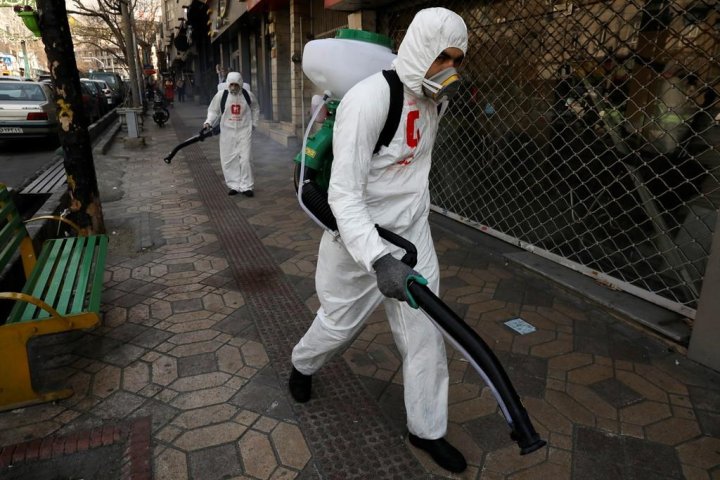 One conspiracy theory suggests the U.S. military was behind the new coronavirus that emerged in Wuhan, China and led to lockdowns and self-isolation across nearly every continent.

Both of these ideas stem from disinformation campaigns planted on social media networks like Facebook and Twitter by “state actors” linked to countries including Russia and China, according to experts.

And as far-fetched as the ideas sound, in the midst of a once-in-a-lifetime pandemic threat, they could succeed in eroding democratic institutions and boosting influence for authoritarian states, the experts warned.

“The 5G COVID-19 theory looks like Russia has started it, and now it is being pushed by the MAGA bots,” said Stephanie Carvin, a Carleton University professor and former national security analyst for the Canadian Security Intelligence Service.

“But I am more worried by the bioweapon theory. The overarching goal of any conspiracy theory is that you undermine trust in public institutions. And in this case, during a pandemic, it could produce real harm.”

Datametrex studied over five million social media posts from March, looking for the sources and facilitators of conspiracy theories that have spread through social media and messaging apps like Twitter and WhatsApp.

The firm looked at whether so-called “bot hordes” controlled by authoritarian states are responsible for spreading pandemic conspiracy narratives through machine-controlled accounts. But they found it was actually well-known Chinese government officials — with limited but effective tweets — who successfully launched Russian-designed propaganda into western social media discussions.

Russian state media and online accounts first promoted the theory that the virus that causes COVID-19 originated from a United States bioweapon in February, Datametrex found.

But when Chinese diplomats tweeted or retweeted an article about the theory, it took off.

Most powerful of the nine tweets, according to Datametrex, was a tweet linking to a Global Research story from Lijian Zhao, a Chinese Ministry of Foreign Affairs spokesman with over 500,000 Twitter followers.