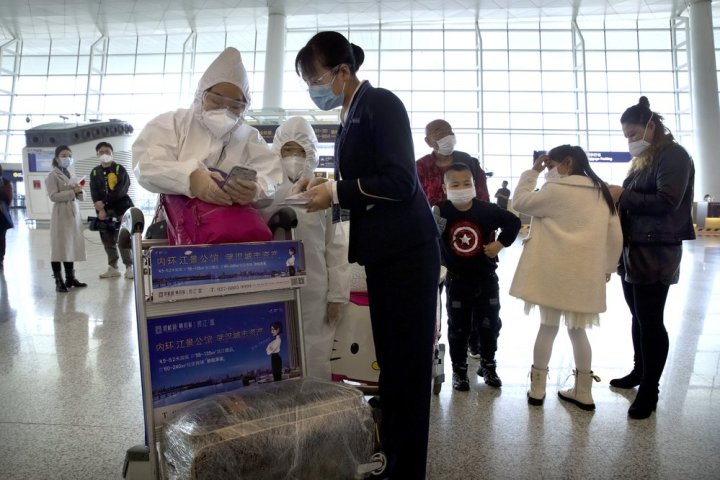 As New York City faced one of its darkest days with the death toll from the coronavirus surging past 4,000 — more than the number killed on 9/11 — the Chinese city where the global pandemic began lifted its final restrictions on movement Wednesday as deaths there plummeted.

Despite the staggering death toll in America’s largest city, authorities in New York were optimistic that the outbreak might finally be easing, as has been seen in other global hot spots such as Italy and Spain and before that, China. Health officials, however, warned people not to let their guard down.

The virus toll in New York City is now more than 1,000 deaths higher than that of the deadliest terror attack on U.S. soil, which killed 2,753 people in the city and 2,977 overall.

You should also READ  Coronavirus: Cruise ship held off coast of California for virus testing

In an encouraging sign, the governor said hospital admissions and the number of people receiving breathing tubes are dropping. And the death toll itself is a “lagging indicator,” reflecting people who had been hospitalized before this week, he said.

But he warned that gains are dependent on people continuing to practice social distancing.

“It still depends on what we do, and what we do will affect those numbers,” he said.

In Wuhan — the Chinese city of 11 million that was the first in the world to go on lockdown — tens of thousands of people streamed out of town by plane and train alone as harsh restrictions on movement were finally lifted. Citizens waved flags and the city staged a light show with skyscrapers and bridges radiating animated images of health workers aiding patients.

Restrictions in the city where most of China’s more than 82,000 virus cases and over 3,300 deaths were reported have been gradually eased in recent weeks as the number of new cases steadily declined. The government reported no new cases Wednesday, though there have been questions about the veracity of China’s count.