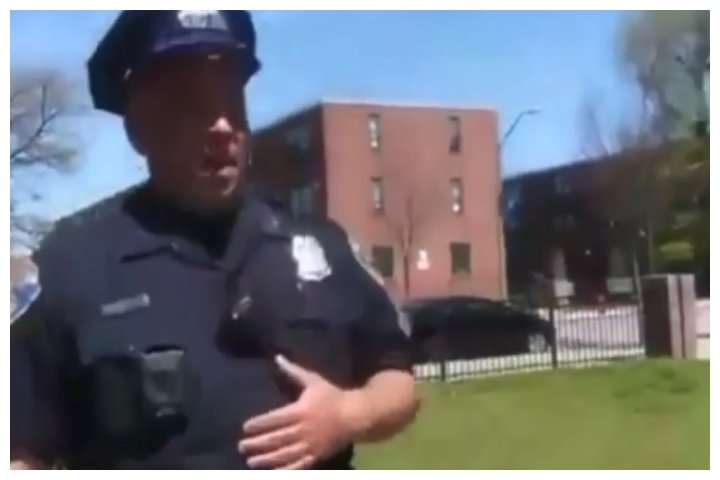 The Baltimore Police Department says it’s investigating a video that appears to show a sergeant deliberately coughing as he walks past several Black people amid heightened fears of the novel coronavirus.

In the video, an unidentified sergeant can be seen holding his hand to his chest and coughing — without covering his mouth — as he passes the woman holding the camera.

“Ha, ha, ha! Hey, Officer Friendly with the cherry cheeks,” the woman with the camera can be heard saying at the start of the video as the officer approaches down a sidewalk running through a housing complex.

The officer can be seen putting his hand to his torso and letting out several uncovered coughs while he passes her.

The woman and several other witnesses immediately start shouting and swearing at the officer for the gesture, which they say was deliberate.

“Y’all get that s—, Black people don’t,” the woman with the camera says, in an apparent reference to a myth that Black people can’t catch COVID-19, the disease caused by the virus. The officer in the video is white.

“I should call the CDC!” she adds.

WARNING: The following video contains coarse language that some readers may find offensive. Please watch at your own discretion.

It’s unclear exactly when the video was recorded, but the reactions to the cough strongly indicate that it occurred during the current pandemic.

The earliest version of the video appears to have been posted on a Baltimore news Instagram page on April 7, according to Storyful.