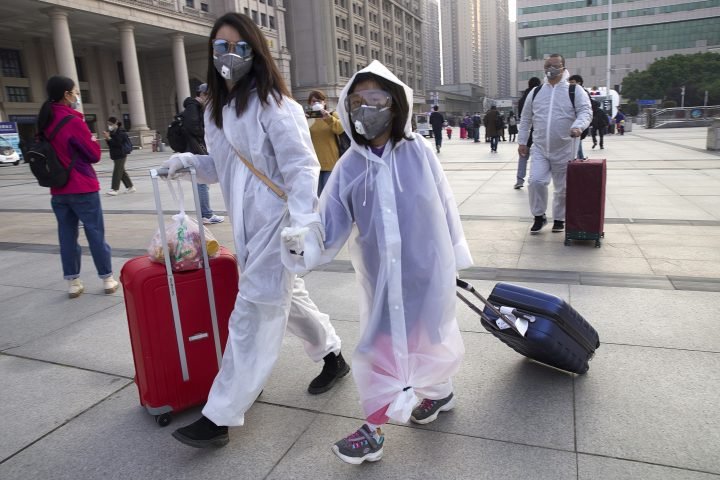 After 11 weeks of lockdown, the first train departed Wednesday morning from a re-opened Wuhan, the origin point for the coronavirus pandemic, as residents once again were allowed to travel in and out of the sprawling central Chinese city.

Wuhan’s unprecedented lockdown served as a model for countries battling the coronavirus around the world. With restrictions now lifted, Hubei’s provincial capital embarks on another experiment: resuming business and ordinary life while seeking to keep the number of new cases down.

As of just after midnight Wednesday, the city’s 11 million residents are now permitted to leave without special authorization as long as a mandatory smartphone application powered by a mix of data-tracking and government surveillance shows they are healthy and have not been in recent contact with anyone confirmed to have the virus.

The occasion was marked with a light show on either side of the broad Yangtze river, with skyscrapers and bridges radiating animated images of health workers aiding patients, along with one displaying the words “heroic city,” a title bestowed on Wuhan by president and Communist Party leader Xi Jinping. Along the embankments and bridges, citizens waved flags, chanted “Wuhan, let’s go!” and sang a capella renditions of China’s national anthem.

“I haven’t been outside for more than 70 days,” said an emotional Tong Zhengkun, who was watching the display from a bridge. Residents in his apartment complex had contracted COVID-19, so the entire building was shut down. He couldn’t go out even to buy groceries, which neighbourhood workers brought to his door.

“Being indoors for so long drove me crazy,” he said.

It didn’t take long for traffic to begin moving swiftly through the newly reopened bridges, tunnels and highway toll booths, while hundreds waited for the first trains and flights out of the city, many hoping to return to jobs elsewhere. Nearly 1,000 vehicles went through a busy highway toll booth at Wuhan’s border between midnight — when barricades were lifted — and 7 a.m, according to Yan Xiangsheng, a district police chief.

Restrictions in the city where most of China’s more than 82,000 virus cases and over 3,300 deaths were reported have been gradually relaxed in recent weeks as the number of new cases steadily declined. The latest government figures reported Tuesday listed no new cases.

While there are questions about the veracity of China’s count, the unprecedented lockdown of Wuhan and its surrounding province of Hubei have been successful enough that countries around the world adopted similar measures.

“The people in Wuhan paid out a lot and bore a lot mentally and psychologically,” resident Zhang Xiang said. “Wuhan people are historically famous for their strong will.”

During the 76-day lockdown, Wuhan residents had been allowed out of their homes only to buy food or attend to other tasks deemed absolutely necessary. Some were allowed to leave the city, but only if they had paperwork showing they were not a health risk and a letter attesting to where they were going and why. Even then, authorities could turn them back on a technicality such as missing a stamp, preventing thousands from returning to their jobs outside the city.