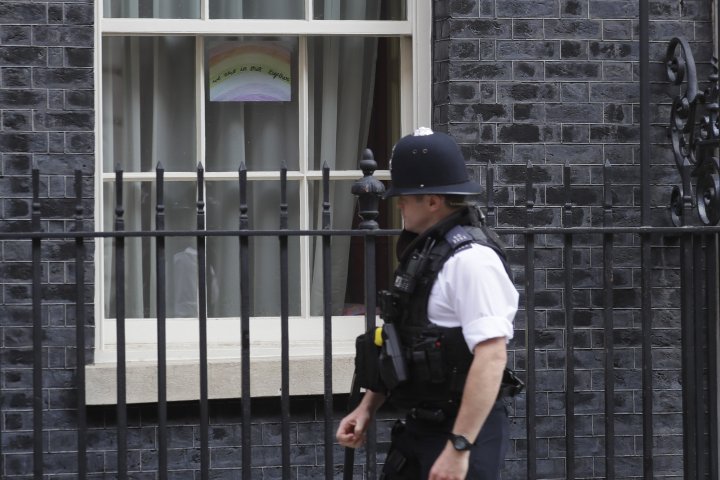 Britons braced Thursday for several more weeks in lockdown as Prime Minister Boris Johnson remained in a London hospital after three nights in intensive care for treatment of his coronavirus infection.

The British government said Wednesday evening that the prime minister was making “steady progress” at St. Thomas’ Hospital and sitting up in bed. He has been receiving oxygen but not on a ventilator since his COVID-19 symptoms worsened and he was admitted to an ICU.

An update on the prime minister’s condition is expected later.

Foreign Secretary Dominic Raab, who is standing in while Johnson is ill, will chair a meeting of the government’s COBRA crisis committee to discuss whether to extend restrictions on public activity and people’s movements imposed March 23 to try to slow the spread of the virus.

The original restrictions were for three weeks, a period that ends Monday. But there is little prospect of the government’s stay-home order and business closures being lifted. Restrictions could be strengthened if people flock to parks and outdoor spaces over what is forecast to be a warm, sunny Easter weekend.

More than 7,000 people with the coronavirus have died in British hospitals, according to government figures. While the number of new confirmed cases has begun to plateau, deaths continue to rise. On Wednesday, the U.K. reported 938 deaths, the country’s biggest increase to date.

Scottish First Minister Nicola Sturgeon said there was no prospect of the lockdown being “lifted immediately or even imminently.”

“I wouldn’t expect any change coming out of today’s COBRA meeting,” she told Sky News.

Dowden said “the curve (of new cases) is beginning to flatten.”

“This is the moment that we need to stick to the path we’ve chosen,” he told Sky News. “The British people have really come behind this. We shouldn’t be giving up this Easter weekend, that is the number one thing.”