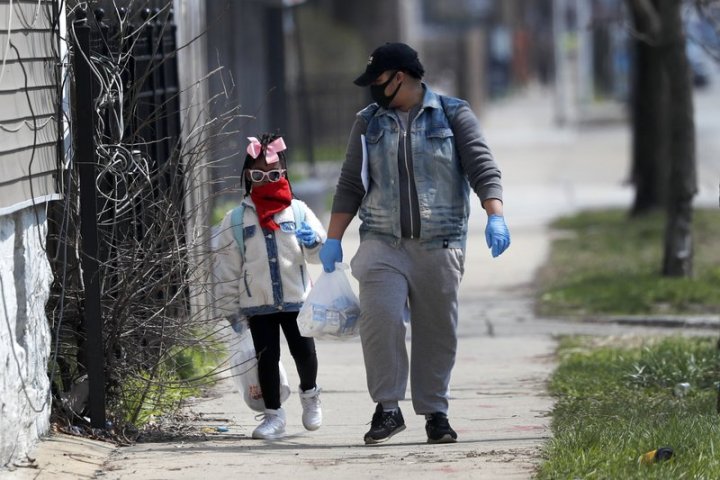 As the novel coronavirus tightens its grip across the U.S., it is cutting a particularly devastating swath through an already vulnerable population — Black Americans.

Democratic lawmakers and community leaders in cities hard-hit by the pandemic have been sounding the alarm over what they see as a disturbing trend of the virus killing African-Americans at a higher rate, along with a lack of overall information about the race of victims as the nation’s death toll mounts.

Among the cities where Black residents have been hard-hit: New York, Detroit, New Orleans, Chicago and Milwaukee.

“Everywhere we look, the coronavirus is devastating our communities,” said Derrick Johnson, president and CEO of the NAACP.

Of the victims whose demographic data was publicly shared by officials — nearly 3,300 of the nation’s 13,000 deaths thus far — about 42 per cent were Black, according to an Associated Press analysis. African-Americans account for roughly 21 per cent of the total population in the areas covered by the analysis.

The AP’s analysis is one of the first attempts to examine the racial disparities of COVID-19 cases and deaths nationwide. It involved examining more than 4,450 deaths and 52,000 COVID-19 cases from across the country, relying on the handful of state and local governments that have released victims’ race.

A history of systemic racism and inequity in access to health care and economic opportunity has made many African-Americans far more vulnerable to the virus. Black adults suffer from higher rates of obesity, diabetes and asthma, which make them more susceptible, and also are more likely to be uninsured. They also often report that medical professionals take their ailments less seriously when they seek treatment.

You should also READ  COMMENTARY: We don’t need and shouldn’t want Trudeau calling out Trump

“The rate at which Black people are dying, compared to whites, is really just astounding,” said Courtney Cogburn, an associate professor at the Columbia University School of Social Work.

For its analysis, the AP made requests of COVID-19 racial breakdowns in states, cities and counties nationwide, ultimately gathering data from eight states, six major U.S. cities — including New York City and the District of Columbia — and six of Florida’s largest counties.

The data collected ranges from New York to Illinois to Alabama to San Diego, and covers an area that represents 82 million Americans, nearly 43 per cent of whom are people of colour. Other minority groups’ cases and deaths are fairly in line with their demographics, although those among Hispanic individuals in some hot spots are still high.