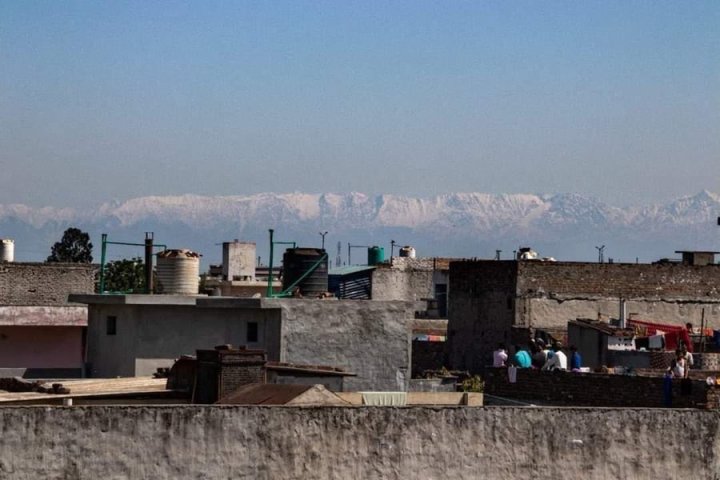 Indians in the state of Punjab say nature is healing before their very eyes during the coronavirus lockdown, as the formerly smog-veiled peaks of the Himalayas are now clearly visible along the northern edge of the country.

Several photos of the mountains captured in Jalandhar, northern India, have gone viral this week, as social media users look for a silver lining to the dire stream of COVID-19 news.

Some locals claimed it’s the first time they’ve had a good view of the Himalayas’ Dhauladhar range in “decades.”

The mountains are approximately 200 kilometres north of Jalandhar, and they’re almost always hard to see except after it rains, according to the Times of India.

However, residents of Jalandhar and neighbouring Phagwara have been enjoying an unprecedented view of the full mountain range over the last week amid a drop in air pollution.

India imposed an unprecedented lockdown on March 22, when it ordered nearly 1.4 billion people to stay indoors and brought the nation’s economy grinding to a halt.

The nation-wide curfew measures “have resulted in significant improvement in air quality in the country,” India’s Central Pollution Control Board reported on March 31.