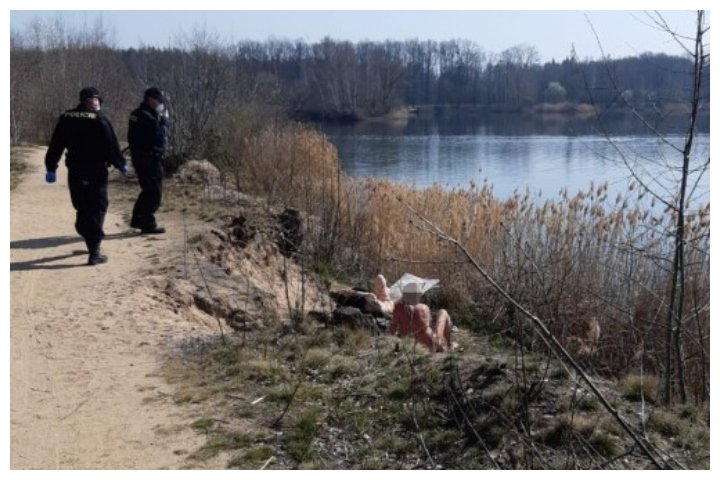 You can bare it all in the Czech Republic as long as you cover up what matters: your face.

The coronavirus threat has turned social norms upside down in the eastern European nation, where lockdown rules have made it illegal to wear nothing but a smile in a public place — but not for the reasons you’d expect.

Authorities say they ordered dozens of nudists to wear face masks while sunbathing on a beautiful day late last month after they caught more than 150 people violating the country’s strict rules for preventing the spread of COVID-19.

“The sunbathing citizens were in one place in a large number, and some did not even have a mask,” Margaret Janovska, a spokesperson for the Tydenik police, said in a statement about the incident.

Police caught the sunbathers, including many nudists, soaking up some rays around a pond near the Bohdanec Spa in central Czech Republic on March 27, according to Janovska.

The Czech government ordered every person to wear a mask outside the home last month after becoming the first European nation to declare a state of emergency in the face of the pandemic. It also imposed strict social-distancing rules and restricted many public activities.

“Citizens may be in places designated for this purpose without clothes, but they must cover their mouths and observe the numbers in which they can go into nature,” Janovska wrote.

The nudists covered up their faces and were not fined for the incident.

Janovska added that it’s OK for people to “ventilate” in nature, but they must also follow the government’s rules so the country will be safe for everyone.

“We will not achieve this before everyone has strictly followed the regulations,” Janovska said.

The Czech government relaxed its rules around face masks earlier this week after recording a significant dip in new infections. However, it also extended the state of emergency to the end of the month, leaving the door open for a new round of mandatory mask-wearing in the future.