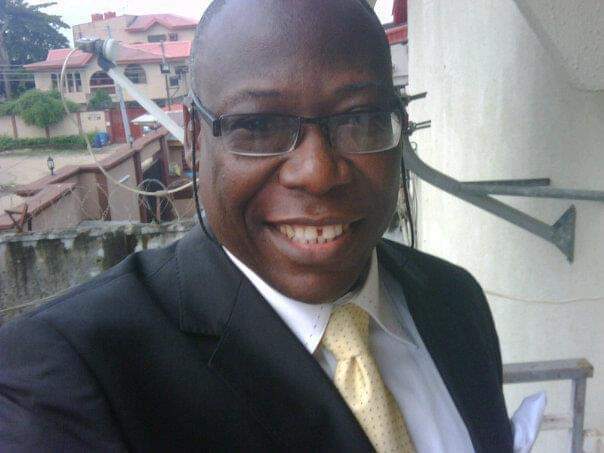 As if l knew a day like this would come, l kept this photogragh since 1984 because l was there this day, when a former Governor of the old Bendel state, Prof. Ambrose Folorunsho Alli and then Speaker of the State House of Assembly, Chief Alegbe, were arraigned before the Special Military tribunal.

Interestingly, it was the military government of the then Major-General Muhammadu Buhari that tried them for corruption under Recovery of Public property (Special Military Tribunals Decree 3 of 1984, trials that were fundamentally flawed.

Fortuitously, it became the lot of same Buhari to grant him pardon, 36 years after. Late Ambrose Alli practically went blind in prison.

He was tried along with the Speaker of Bendel state House of Assembly, Mr Alegbe, not for enriching themselves but for allegedly enriching their party – Unity party of Nigeria((UPN). And the military tribunal did not even find evidence that he gave money to the party but a campaign contribution given to the party treasurer by a contractor.

Alli described his 21 year jail sentence as a kangaroo trial by the military tribunal headed by General Ndiomu (now late).

In the case, the accused had no legal representation as the NBA had boycotted the tribunal. The prosecution witnesses were never cross-examined.

Even while serving his jail term at Kirikiri prison, Lagos, his health deteriorated to the extent that he was operated upon at the military hospital. Shortly after his surgical operation, he was forcefully transferred to Jos prison by road, which severely affected his health and his sight.

From there, he was moved to Agodi prison, Ibadan from where he was released. He died shortly after he was released from prison on his 60th birthday on September 22, 1989.