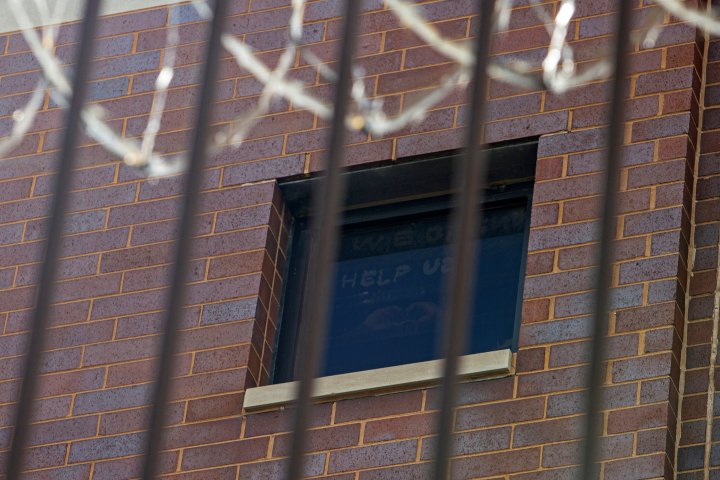 Some 450 inmates and staff have tested positive for the novel coronavirus at Chicago’s largest jail, county corrections officials said on Thursday, representing one of the United States’ largest outbreaks of the respiratory illness at a single site so far in the pandemic.

The surge of cases at Cook County Jail marks the latest flare-up of COVID-19 at jails and prisons in major cities across the country, where detainees often live in close quarters.

The situation gained national attention earlier this week when inmates posted handmade signs pleading for help in the windows of their cells overlooking a public street.

Those measures include opening an off-site 500-bed “quarantine and care facility” for prisoners, an effort to move as many inmates as possible from double to single cells, and the opening of a testing site at the jail.

“Front line” staff members were being checked for fever at the start of each shift and issued protective equipment if they interact with inmates, according to the sheriff’s department.

Across the United States more than 16,600 people have died from COVID-19 and 463,000 positive cases have been confirmed, despite unprecedented “stay-at-home” orders in most states.

In Monroe, Washington, inmates at a minimum-security prison vandalized the facility in a protest on Wednesday evening after officials announced that six prisoners had tested positive for COVID-19, according to Washington state’s Department of Corrections.

Despite evidence that the spread of the illness has slowed in the larger U.S. population, a Reuters investigation found that prisons and local lockups have reported an accelerating spread of COVID-19 and have taken a varied approach to protecting the inmates in their charge.

Thousands of inmates are being released from detention, in some cases with little or no medical screening to determine if they may be infected by the coronavirus and at risk of spreading it into the community, Reuters found.