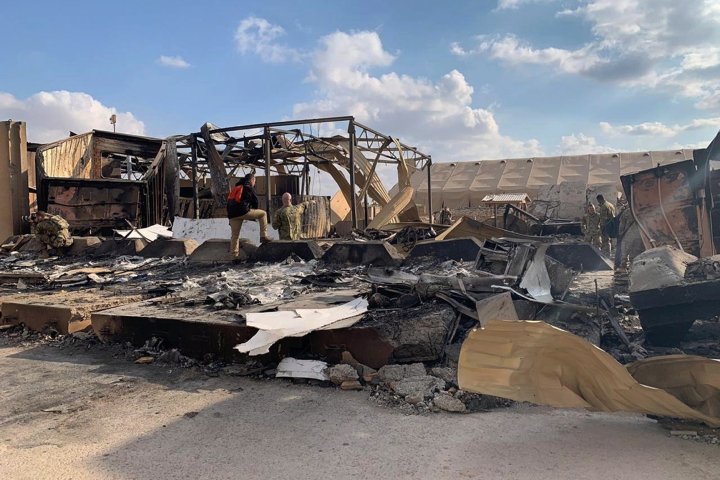 New air defence systems are now protecting American and allied forces at military bases in Iraq where troops have been attacked by Iranian-backed insurgents in recent months, according to U.S. officials.

Patriot missile launchers and two other short-range systems are now in place at al-Asad Air Base, where Iran carried out a massive ballistic missile attack against U.S. and coalition troops in January, and at the military base in Irbil, said officials, who spoke on condition of anonymity to discuss sensitive weapons movement. A short-range rocket defence system was installed at Camp Taji.

The military has been gradually moving the defensive systems into Iraq over the last few months to provide more protection for troops that have seen a series of rocket and missile attacks.

Soon after Iran launched a massive ballistic missile assault against troops at al-Asad in January, questions were raised about the lack of air defence systems at the bases. But it has taken time to overcome tensions and negotiate with Iraqi leaders, and to also locate defence systems that could be shifted into Iraq. Prior to the missile attacks, U.S. military leaders did not believe the systems were needed there, more than in other locations around the world where such strikes are more frequent.

You should also READ  Members of Alberta family detained in Ethiopia have returned home: relative

Gen. Mark Milley, chairman of the Joint Chiefs of Staff said Thursday. that because of that threat, hundreds of soldiers from the 1st Brigade, 82nd Airborne Division, remain in Iraq.

He said only one battalion was allowed to return to Fort Bragg, N.C., “in part because the situation with the Shia militia groups and Iran has not 100 per cent settled down.” He added that “they will continue their mission until such time that we think the threat has subsided.”

Several rockets hit near the site of an American oilfield service company in southern Iraq this week. It was the first such attack in recent months to target U.S. energy interests. Americans had already left the location.

U.S. President Donald Trump early last week said his administration has received intelligence that Iran is planning a strike. He provided no details, but he warned Iran in a tweet that if U.S. troops are attacked by Iran or its proxies, “Iran will pay a very heavy price, indeed!”

Other officials in recent weeks said there had been an increase in intelligence pointing to a possible large attack. But they said this week that the threat appears to have tapered off, as countries grapple with the rapidly spreading coronavirus.

Still, military leaders have argued that U.S. and coalition troops needed the extra protection because threats from the Iranian proxies continue and it’s unclear how much control Tehran may have over them, particularly now as the virus hits Iran hard.

In early January, the U.S. launched an airstrike in Baghdad that killed Iran’s most powerful military officer, Gen. Qassem Soleimani, and Abu Mahdi al-Muhandis, a leader of the Iran-backed militias in Iraq. Kataib Hezbollah, one of those militias, has been responsible for a number of attacks on U.S., Iraqi and coalition forces.