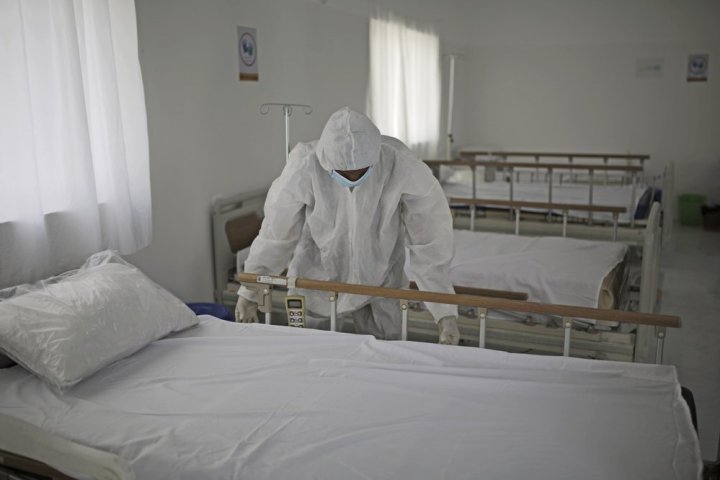 Yemen’s internationally recognized government announced on Friday the first confirmed case of the new coronavirus in the war-torn country, stoking fears that an outbreak could devastate its already crippled health care system.

The case is a 73-year-old Yemeni national who works at the port of al-Shahr in Hadramawt province, Yemen’s Minister of Health Nasser Baoum told The Associated Press. The man is in stable condition, the minister added, without providing further details.

Yemen is a uniquely dangerous place for the coronavirus to spread. Repeated bombings and ground fighting over five years of war have destroyed or closed more than half its health facilities. Deep poverty, dire water shortages and a lack of adequate sanitation have made the country a breeding ground for disease.

The Saudi-led coalition fighting the Iran-backed Houthi rebels declared a cease-fire on Thursday on humanitarian grounds, to prevent the spread of the pandemic. However, fighting continued unabated on Friday, diminishing hopes of a truce that could open doors for peace talks.

Yemen’s war erupted in 2014, when the rebels seized the capital, Sanaa, and much of the country’s north. The U.S.-backed, Saudi-led coalition intervened to oust the rebels and restore the internationally recognized government. The conflict has killed over 100,000 people and largely settled into a bloody stalemate.

The U.N. has described Yemen as the world’s worst humanitarian disaster. Cholera outbreaks are the worst in modern history. Over 24 million people in the country require humanitarian assistance, many of them on the brink of starvation.

Hadramawt recently witnessed an outbreak of dengue fever, with hundreds of cases filling the public hospital of al-Shahr, where the coronavirus case was detected.

In Yemen’s under-equipped and barely functioning health system, it’s hard to distinguish between viral diseases. One young man with dengue fever died after a hospital in Mukalla, the provincial capital of Hadramawt, refused to admit him for fear he was carrying the coronavirus, two local aid and government officers said, speaking on condition of anonymity because they weren’t authorized to speak to reporters.

Some of the symptoms of dengue fever are similar to the coronavirus, including muscle aches and fever.

To try to curb the spread of the virus, provincial Gov. Farag al-Bouhsni announced on his Facebook page a partial curfew and placed all workers at the al-Shahr port under a 14-day quarantine. Residents criticized the governor for not shutting down all ports in Hadramawt, which are the main lifeline for aid and commercial shipments for southern Yemen.

The adjacent governorate of al-Mahra, which also borders Oman, sealed off its entry points just hours after the announcement from Hadramawt. Yemen’s Ministry of Religious Endowment said mosques will be closed to mass prayers as well as Quran teaching sessions.