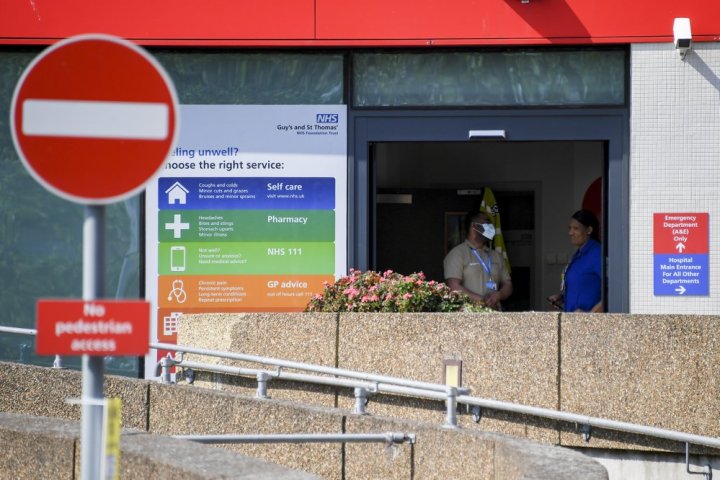 British Prime Minister Boris Johnson is making very good progress in his recovery from COVID-19, his office said on Saturday, as his health minister said the peak of the outbreak in Britain had not yet been reached.

The death toll in British hospitals from the virus has reached almost 9,000, with 980 more deaths reported on Friday. That figure exceeded the deadliest day so far in Italy, which has been the country with the most fatalities so far.

Among those who have been infected is Prime Minister Boris Johnson, who is in the early stages of recovery on a hospital ward after spending three nights in intensive care.

On Friday, his office said Johnson was back on his feet while British newspapers reported he was watching films and reading letters sent to him buy his pregnant fiancee Carrie Symonds, who herself has suffered COVID-19 symptoms.

Britain imposed a lockdown three weeks ago in a bid to curb the spread of the virus and ministers have been pleading with Britons to observe the ban on social gatherings over the Easter weekend when much of the country has been bathed in sunny, Spring weather.

“People have got to stay at home unless there is a very good reason not to,” health minister Matt Hancock said.

That message comes though as the government has come under increasing pressure to detail how long the strict curbs on movement would last, with the shutdown meaning many businesses are unable to operate.

Ministers have said Britain needed to pass the peak of the outbreak before changes could be made, and Hancock said although the number of hospital admissions had started to flatten out, there was not enough evidence yet to have confidence they were past the worst.

“Our judgment is we’re not there yet. We haven’t seen a flattening enough to be able to say that we’ve reached the peak,” he told BBC radio.