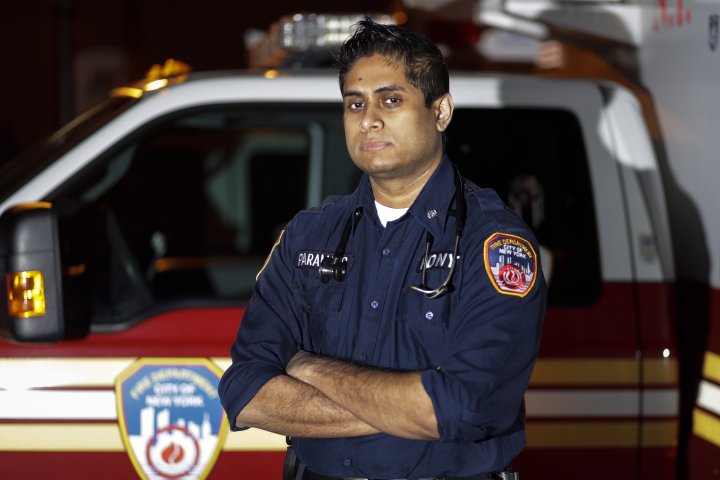 The coronavirus crisis is taxing New York City’s 911 system like never before.

Operators pick up a call every 15.5 seconds. Panicked voices tell of loved ones in declining health. There are multitudes of cardiac arrests and respiratory failures and others who call needing reassurance that a mere sneeze isn’t a sign they’ve been infected.

The system is so overwhelmed, the city has started sending text and tweet alerts urging people to only call 911 “for life-threatening emergencies.”

As the city staggered through its deadliest week of the pandemic, its emergency response system and army of operators, dispatchers and ambulance crews is being pushed to the brink.

The fire department said it has averaged more than 5,500 ambulance requests each day — about 40 per cent higher than usual, eclipsing the total call volume on Sept. 11, 2001.

“When you hang up with one call, another one pops in,” said 911 operator Monique Brown. “There’s no time for a minute’s rest.”

Between the torrent of calls and so many requiring immediate intervention, like IVs and breathing tubes, it’s taking longer for help to arrive.

The fire department said response times for the most serious calls have been averaging more than 10 minutes, up from about 6 1/2 to 7 minutes under normal circumstances. People with mild symptoms or a minor injury could wait hours.

Operators begin each 911 call in the nation’s largest city with the same question: “Do you need police, fire or medical?” Then they evaluate the call’s urgency, prioritizing them on the fly.