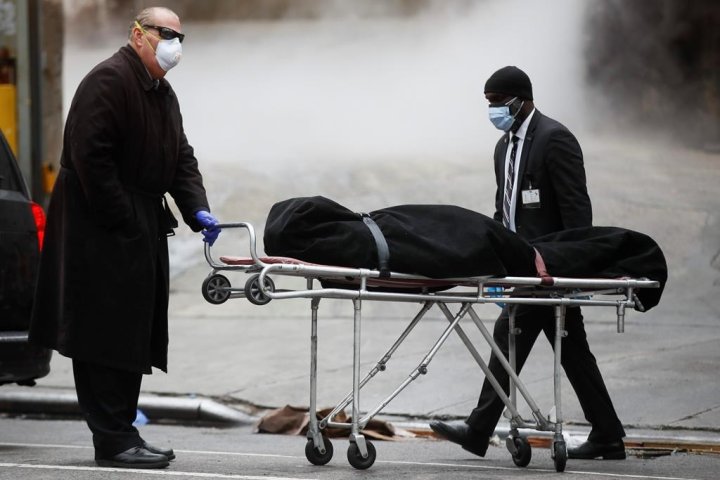 The total number of confirmed novel coronavirus cases in the United States surpassed half a million Friday, according to counts from Johns Hopkins University and Reuters — accounting for nearly a third of all worldwide cases.

The country’s case total of 500,399 is greater than those of the three countries with the other highest counts in the world: France, Italy and Spain — the last of which has the second-most cases. The U.S. total is over three times what Spain has reported, at 158,273.

The U.S. was also close to surpassing Italy as the country with the most deaths from COVID-19 Friday night. Italy has seen 18,849 deaths, while the U.S. has reported 18,637.

Just over two weeks ago, on March 26, the U.S. surpassed Italy and China to become the country with the most cases of COVID-19, the disease caused by the novel coronavirus. A day later, the number of cases surpassed 100,000, the first country to do so.

The country’s cases, and the resulting deaths, have only continued to climb since then as federal and state governments scramble to confront the pandemic.

New York state has accounted for more than half of the nation’s deaths and just saw a particularly grim week as fatal cases surged by more than 3,000 between Monday and Friday. Mass graves are being used to bury some of the dead.

You should also READ  During Democratic debate, Biden and Sanders call for increased coronavirus testing

Detroit, Louisiana and Washington, D.C., have also been identified as recent hotspots, following deadly outbreaks in California and the greater Seattle area.

Yet despite the record-setting numbers, U.S. President Donald Trump and his aides expressed optimism on Friday that the spread of the coronavirus could be slowing.

Trump, who last month had expressed hope that the country’s economy could reopen this coming Easter Sunday, said on Friday that he would be announcing the launch of what he dubbed the “Opening our Country” task force next Tuesday to work toward that goal.

“I want to get it open as soon as possible,” he said at the Good Friday briefing, while adding: “The facts are going to determine what I do.”