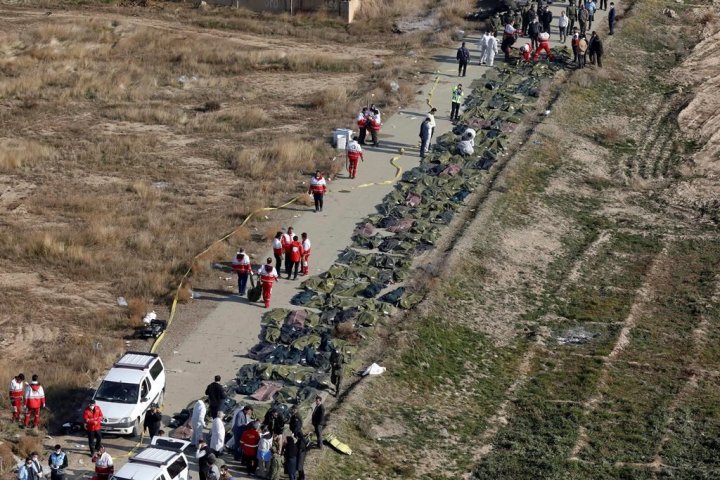 The investigation into Iran’s downing of a commercial jetliner that killed dozens of Canadians in January has hit a snag due to COVID-19.

Canada and other countries had been waiting months for Iran to hand over the flight recorders from the doomed Ukraine International Airlines Flight 752 so their data can be downloaded and analyzed.

Yet while the Transportation Safety Board of Canada says Iranian authorities reached out last week to see when interested countries would be available to have representatives on hand for the process, travel bans imposed due to COVID-19 have made it impossible to attend now.

As a result, the TSB says Canada and other countries who lost citizens when the plane was shot down have asked that Iran put off downloading and analyzing the data from the so-called black boxes until travel restrictions have been lifted.

Flight 752 was shot down by the Iranian military on Jan. 8, killing all 176 people on board, including 55 Canadians and 30 permanent residents.

The federal government recently appointed former Liberal cabinet minister Ralph Goodale as an adviser on the matter after the families of some of those killed on the plane complained COVID-19 was detracting from efforts to hold Iran to account.