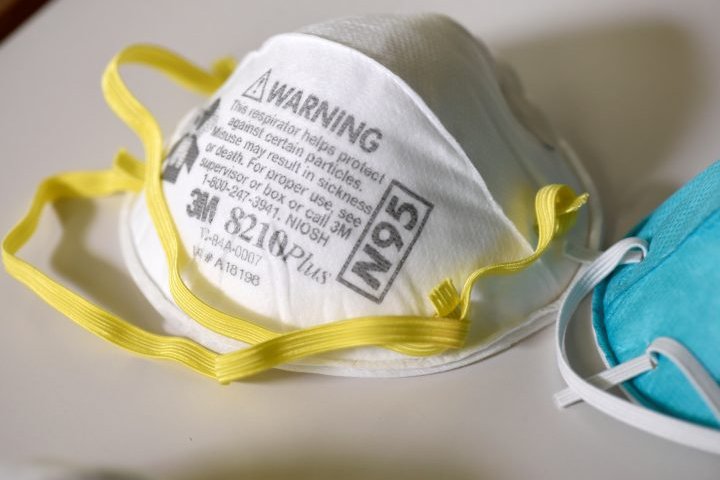 A U.S. man has been charged with fraud after being accused of trying to sell hundreds of millions of dollars of “nonexistent” personal protective equipment (PPE) to the federal government in a bid to profit from the coronavirus pandemic, according to law enforcement officials.

The Georgia man, Christopher Parris, was arrested Friday and charged with wire fraud by a federal court in Washington.

Parris, a 39-year-old from Atlanta, was accused of making “a series of fraudulent misrepresentations” in order to secure orders from the Department of Veterans Affairs for 125 million face masks and other PPE totaling over US$750 million, a statement from the U.S. Department of Justice said.

“For example, the complaint alleges that Parris promised that he could obtain millions of genuine 3M masks from domestic factories when he knew that fulfilling the orders would not be possible,” read the statement.

“Parris also allegedly made similar false representations to other entities in an effort to enter into other fraudulent agreements to sell PPE to state governments.”

Parris claimed to act as a supplier that was able to obtain badly needed PPE supplies through his company, Encore Health Group, the New York Times reported, citing court documents.

According to the Times, the offer was made in late March from a person at a Louisiana-based industrial safety supply company that identified Parris as a supplier, and specified that the N95 masks would be made at plants in Illinois and California — a fact that was later denied by a lawyer for the company and eventually led to Parris being revealed as the source of the misrepresentation.

Demand for PPE supplies in the United States has surged as both cases and deaths have skyrocketed across the country.

The U.S. has become the epicentre of the novel coronavirus outbreak, with a confirmed 542,023 cases and over 21,000 deaths as of April 12, according to a running tally by John Hopkins University & Medicine.

Minnesota-based face mask manufacturer 3M produces medical masks and supplies which are used by the front-line health-care workers worldwide to protect themselves from the spread of the virus.

If convicted, Parris could face up to 20 years in prison alongside a US$250,000 fine. This case, however, was not the first time the man has had a run-in with authorities.