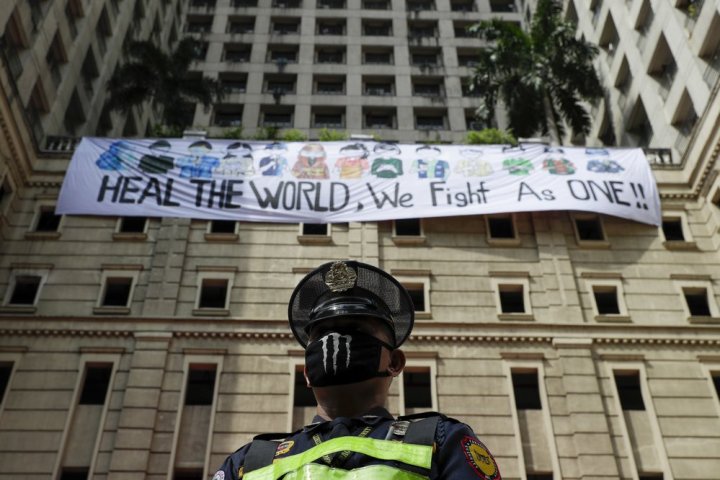 The world celebrated Easter at a distance on Sunday, with most churches closed and family gatherings cancelled amid wide-ranging coronavirus shutdowns. Huge uncertainties loomed about the outlook not just for the next few weeks but for the months ahead — with a top European Union official raising a question mark over summer vacation plans.

Southern Europe and the United States, whose death toll of over 20,600 is now the world’s highest, have been the recent focal points of the pandemic. But coronavirus hot spots have been shifting constantly and new concerns are rising in Japan, Turkey, the U.S. Midwest and Britain, where the death toll on Sunday was expected to surpass 10,000.

St. Peter’s Square at the Vatican, where tens of thousands would normally gather to hear Pope Francis deliver his “Urbi et Orbi” speech and blessing “to the city and the world,” was empty of crowds and flowers Sunday, ringed by police barricades. Pope Francis celebrated Easter Mass inside the largely empty basilica, with the faithful watching on TV at home.

In Europe, countries used roadblocks, fines, gentle persuasion and other tactics to keep people from travelling over an Easter weekend that was basking in beautiful spring weather. As hard-hit countries like Italy and Spain see reduced daily infections with and deaths from the virus, economic pressures are mounting to loosen the tight restrictions on daily life put in place to fight off the pandemic.

When and how weeks-old restrictions on public life are loosened is something that “all of us have … in our hands, with our patience and our discipline,” Frank-Walter Steinmeier said.

Some European nations are moving toward tentative moves to loosen their shutdowns, with Spain set to allow workers in some nonessential industries to return to factories and construction sites Monday.

But much uncertainty remains. Chancellor Sebastian Kurz said in an open letter to Austrians that the virus will “be with us for months yet.”