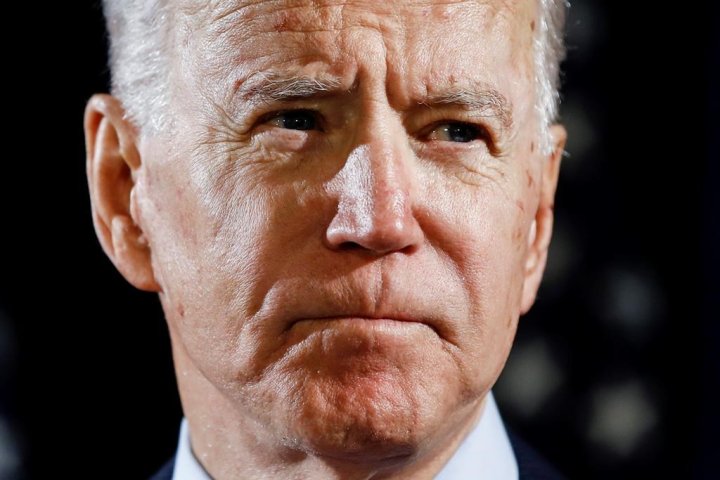 A former aide to Joe Biden is accusing the presumptive Democratic presidential nominee of sexually assaulting her during the early 1990s when he was a senator. Biden’s campaign denies the charges.

In two recent interviews with The Associated Press, Tara Reade alleged the assault occurred in the basement of a Capitol Hill office building in the spring of 1993. She filed a police report in Washington on Thursday saying she was the victim of a sexual assault by an unnamed person in 1993, a copy of which was obtained by the AP.

It’s not the first time Reade has made an accusation against the former vice president. Last year, Reade publicly accused Biden of inappropriate touching, but did not allege sexual assault.

In a statement, Biden deputy campaign manager and communications director Kate Bedingfield said the former vice president has “dedicated his public life to changing the culture and the laws around violence against women,” pointing to his work passing the Violence Against Women Act. She said “he firmly believes that women have a right to be heard — and heard respectfully,” but added: “Such claims should also be diligently reviewed by an independent press.”

“What is clear about this claim: it is untrue. This absolutely did not happen,” Bedingfield said.

Reade’s charge comes at a pivotal time for Biden. The former vice president is seeking to unify the Democratic Party behind his campaign as the party’s presumptive presidential nominee after Sen. Bernie Sanders dropped out of the primary last week. Women are a crucial voting bloc for Democrats and any erosion of support for Biden could sink his candidacy in the fall.

The November contest between Biden and President Donald Trump will be the first presidential race of the #MeToo era, a movement that spurred numerous women to come forward with allegations of sexual assault, including against several prominent men in politics, entertainment and other industries. Trump has also been accused of assault and unwanted touching by numerous women, charges he denies. He was forced to apologize during the 2016 campaign after he was heard on a recording bragging about using his fame to assault women.

Earlier in the Democratic primary, Biden faced accusations of unwanted touching by several women, who said they were uncomfortable with hugs, hand holding and other actions. Reade was among the women who came forward at the time.

In recent weeks, she’s given a handful of interviews saying Biden’s actions went further that she initially disclosed. In an interview with the AP, she detailed a 1993 encounter that she says occurred when she was asked by a supervisor to bring Biden his gym bag as he was on his way down to the Senate gymnasium. She says Biden pushed her against a wall in the basement of a Capitol Hill office building, groped her and penetrated her with his fingers.

“He was whispering to me and trying to kiss me at the same time, and he was saying, ‘Do you want to go somewhere else?’” she said. “I remember wanting to say stop, but I don’t know if I said it out loud or if I just thought it. I was kind of frozen up.”

Reade said that she pulled away and Biden looked “shocked and surprised,” and replied, “Come on, man, I heard you liked me.”

You should also READ  China is forcing birth control on Uighurs. Experts call it ‘genocide’

Reade, who was a staff assistant in Biden’s office at the time, said she wasn’t aware of any direct witnesses to the encounter. She told the AP she did raise accusations of sexual harassment, but not assault, against Biden in multiple meetings with her supervisors, including Marianne Baker, Biden’s executive assistant; Dennis Toner, Biden’s deputy chief of staff; and Ted Kaufman, the senator’s chief of staff.