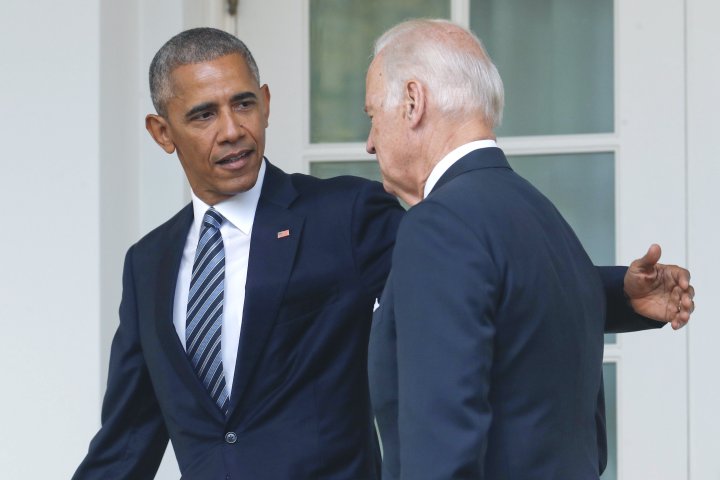 Former President Barack Obama endorsed Joe Biden on Tuesday, giving the presumptive Democratic presidential nominee a boost from the party’s biggest fundraiser and one of its most popular figures.

“Joe has the character and the experience to guide us through one of our darkest times and heal us through a long recovery,” Obama said in a 12-minute video in which he argued the coronavirus pandemic reinforced the need for better leadership.

The endorsement marked Obama’s return to presidential politics more than three years after leaving the White House. He didn’t mention his successor, President Donald Trump, by name and instead sought to bridge the ideological divide among Democrats.

Obama commended Bernie Sanders, who was the leading progressive foil to Biden during the Democratic primary. The Vermont senator ended his campaign last week and threw his support behind Biden on Monday.

The former president called Sanders an “American original” and backed his frequent call for “structural change.” But he also said that while Democrats “may not always agree on every detail,” they must unify to defeat Republicans.

Biden now has the support of all of his former Democratic primary rivals except for Elizabeth Warren. The Massachusetts senator is expected to formally endorse Biden soon, according to a person familiar with her plans who spoke on condition of anonymity to discuss her thinking.

Two other prominent Democrats who have yet to publicly back Biden are former President Bill Clinton and Hillary Clinton, the party’s 2016 nominee. Hillary Clinton has been in regular touch with Biden, including several times since Sanders dropped out of the race, according to an aide.

Obama avoided intervening in the Democratic primary, but followed the race closely from the sidelines and is eager to take a more active public role. He’s expected to headline fundraisers for Biden and public events in key swing states, if such gatherings can still be held given social distancing guidelines during the coronavirus pandemic.

After his endorsement was released, Obama sent a fundraising appeal to Biden supporters, asking for donations ranging from US$5 to US$100.

The endorsement will test whether Obama can transfer his personal popularity to Biden. While the former president is seen favourably by a wide swath of Democratic voters, he was also a deeply polarizing figure during his two terms in office. During his presidency, Democrats lost about 1,000 legislative seats around the country, starting with disastrous 2010 midterms that also cost the party control of the House and many statehouses.