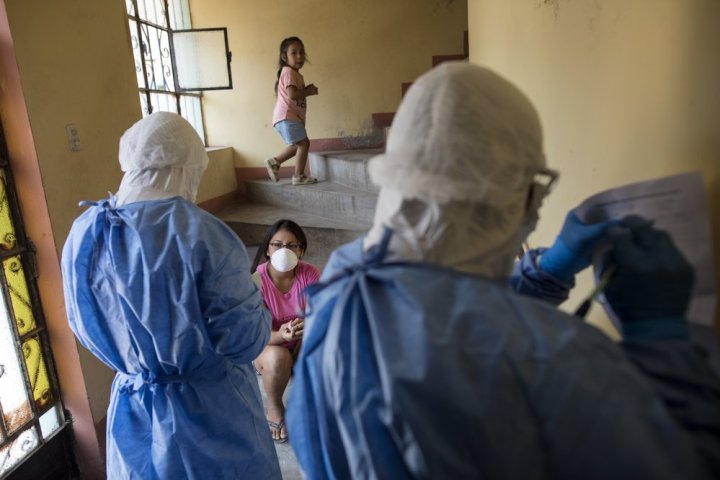 A lack of new hotspots in the coronavirus pandemic appeared to be holding Tuesday, fueling a debate about how soon authorities could start scaling back social restrictions and reopen economies.

While concerns remained over the virus’ fresh spread in places like Japan and Indonesia, nowhere was currently undergoing the explosion in hospitalizations and deaths that were seen earlier in China, southern Europe and parts of the United States.

Even in New York — where deaths passed 10,000 on Monday — Gov. Andrew Cuomo declared the “worst is over if we can continue to be smart.”

“I believe we can now start on the path to normalcy,” he said.

The number of people hospitalized with the virus in New York has almost flattened at just under 19,000, once discharges and deaths are taken into account. That’s a relief after weeks of increases raised fears New York City hospitals would be overwhelmed.

Dr. Sebastian Johnston, a professor of respiratory medicine at Imperial College London, said it appeared that COVID-19 illnesses had peaked in much of Europe, including France, Spain, Germany, Italy and Britain.

While the death toll in Britain climbed past 11,300, the 717 deaths reported were the third daily decline in row, though it was unclear if that might in part be because of delays in reporting over the Easter holiday.

With social distancing and lockdowns in place across a large portion of the world, grim projections that the virus that would spread with equal ferocity to other corners the world have yet to materialize. But questions remain about what could happen once those measures are eased.

You should also READ  Coronavirus: Fears over COVID-19 mount across the West as outbreak eases in China

Health authorities have warned that easing up too soon could undo the hard-earned progress and lead to new outbreaks.

Still, there were signs countries were looking in that direction. Spain permitted some workers to return to their jobs, while a hard-hit region of Italy loosened its lockdown restrictions.

Governors on both coasts of the U.S. announced that they would join forces to come up with a coordinated reopening at some point, setting the stage for potential conflict with President Donald Trump, who asserted that he is the ultimate decision-maker for determining how and when to reopen.

Trump continued those assertions during an afternoon White House briefing, pushing back against reporters’ questions about whether the president or governors have the authority to ease the restrictions. He said “the federal government has absolute power” in that decision-making process if it chooses to exercise it.