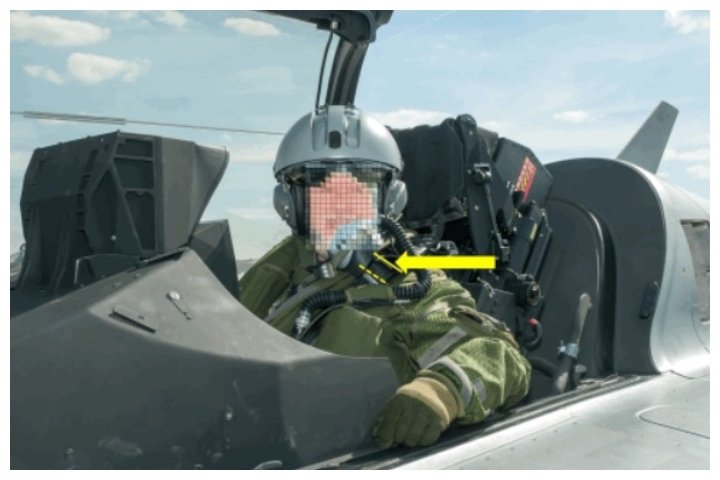 Nothing says “do not want” like pulling the ejector seat handle during a fighter jet ride that you never asked for.

A 64-year-old civilian panicked and accidentally launched himself out of a fighter jet while it was travelling over 500 kilometres per hour last year, according to an incident report compiled by French aviation officials. The man was not properly strapped in, and he mistakenly grabbed the ejection handle to avoid floating out of his seat during takeoff, the report said.

Results suggest he wasn’t exactly feeling the need for speed.

The 64-year-old’s heart was pounding at between 120 and 145 beats per minute before takeoff, but he went ahead with the ride anyway because he didn’t want to refuse the gift, investigators said. They pulled the heart rate reading off a smartwatch he was wearing at the time.

The plane took off from Saint-Dizier airbase in northeastern France and started climbing, subjecting the military pilot and the passenger to up to 3.7 times the regular force of gravity — more force than the passenger was medically cleared to endure, the report found.

The intense force lasted for only a few seconds, then the aircraft’s occupants suddenly felt lighter than gravity. The passenger started to float out of his seat because his straps were too loose, so grabbed for something to steady himself, the report found.

That something was the ejector handle, which blasted him out of the aircraft altogether at an altitude of 400 metres (1,300 feet). His helmet flew off but the seat’s parachute deployed, allowing the man to fall back to Earth relatively unharmed.

The jet pilot prevented himself from being automatically ejected along with his passenger, and he managed to land the plane without a canopy on the cockpit.

Air accident investigators cited numerous errors in the process that led up to the incident, which is still under review.

One of those errors is glaringly obvious: don’t give in to peer pressure when there’s a multimillion-dollar jet involved.