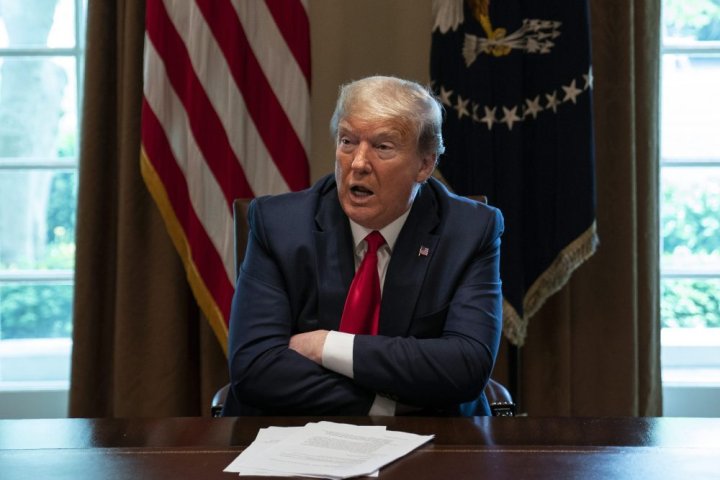 The United States was founded in part to escape the tyranny of a king, and state governors will not be bullied into that model of government because of the coronavirus threat.

That was New York Gov. Andrew Cuomo‘s message to U.S. President Donald Trump on Tuesday, in response to the POTUS’ claim that he can forcibly end state-ordered lockdowns meant to stop the spread of COVID-19.

“We don’t have a king in this country. We didn’t want a king, so we have a Constitution and we elect a president,” Cuomo said at his daily briefing on Tuesday, in response to Trump’s remarks on Monday that he has the “absolute” power to order states back to work.

Cuomo is the Democratic governor of the hardest-hit state in the U.S. coronavirus outbreak. He’s also one of several state governors who say they’ll work in tandem to decide when their lockdowns should end, regardless of how loudly Trump tells them to re-open their economies.

The president railed against these multi-state pacts in his Monday news briefing, amid his latest effort to deflect all blame for the public health and economic disaster onto Democratic opponents and unsympathetic media outlets.

“When somebody is president of the United States, your authority is total,” he said, contrary to what the U.S. Constitution says.

“That is not an accurate statement,” Cuomo said in response to Trump on Tuesday. He cited the U.S. Constitution, which cedes all powers that it doesn’t mention to the various states within the union. “There are laws and there are facts, even in this wild political environment,” he said.

Cuomo also dismissed a flurry of Trump tweets sent out on Tuesday morning in which he compared himself to Captain Bligh in the film Mutiny on the Bounty. The tweets suggested the governors were committing mutiny against him.

“The president is clearly spoiling for a fight on this issue,” Cuomo said. “The president will have no fight with me. I will not engage.”

Cuomo laid it out even more clearly in an interview with MSNBC on Tuesday. “We didn’t have King George Washington, and we don’t have King Trump. We have President Trump.”

Many online users bristled at the notion of an all-powerful head of state telling them what to do — especially if that person is named Donald Trump.