More than 2 million people worldwide have contracted the novel coronavirus 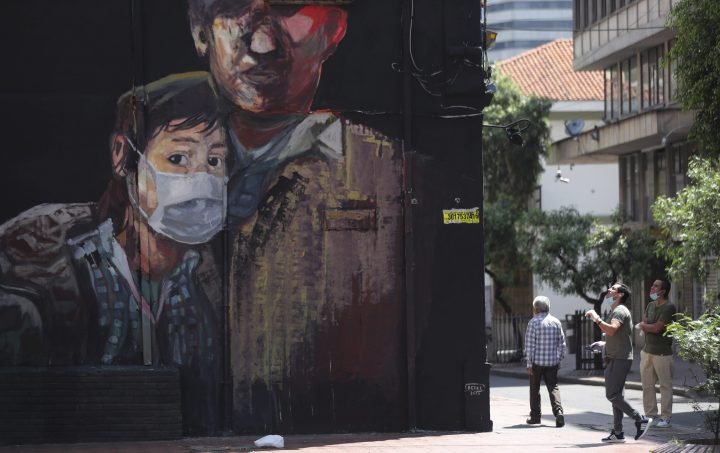 New York’s coronavirus death toll topped 10,000 even as the lack of fresh hot spots in the U.S. or elsewhere in the world yielded a ray of optimism and fueled discussions Monday about how some places might begin to reopen.

The brunt of the disease has been felt most heavily in New York, Italy, France, Spain and the United Kingdom, but grim projections of a virus that would spread with equal ferocity to other corners of America and the world have not yet materialized after more than a month of measures meant to blunt its impact. Even so, the number of confirmed coronavirus cases worldwide surpassed 2 million on Monday.

The death toll in populous states such as Florida and Pennsylvania was on par with some individual counties outside New York City. Houston, the nation’s fourth-largest city and a hub for immigrant communities and business travelers in the energy industry, has been largely spared compared to other parts of the U.S. As Colorado deaths surpassed 300 on Monday, Gov. Jared Polis compared that figure to New York’s thousands and called it “a tragic indication of our success in Colorado.”

Officials around the world worried that halting quarantine and social-distancing measures could easily undo the hard-earned progress that those steps have achieved in slowing the spread.

Still, there were signs countries were looking in that direction. Spain permitted some workers to return to their jobs, while a hard-hit region of Italy loosened its lockdown restrictions. Governors on both coasts of the U.S. announced that they would join forces to come up with a coordinated reopening at some point, setting the stage for a potential conflict with U.S. President Donald Trump, who asserted that he is the ultimate decision-maker for determining how and when to reopen.

You should also READ  U.K. kids leave coronavirus care kits for first responders: ‘Thank you for keeping us safe’

Trump continued those assertions during an afternoon White House briefing on Monday, pushing back against reporters’ questions about whether the president or governors have the authority to ease the restrictions. He said his administration has “a very good relationship” with the governors, but “the federal government has absolute power” in that decision-making process if it chooses to exercise it.

U.S. Treasury Secretary Steven Mnuchin said at the briefing that he expects more than 80 million Americans will have tax rebates directly deposited into their bank accounts by Wednesday. Under the program, single filers will receive US$1,200 and joint filers US$2,400, though it phases out for higher incomes. The rebates are aimed at boosting the economy as the country responds to the coronavirus.

New York saw a few positive signs Monday even as it reached another bleak milestone. It marked the first time in a week that the daily toll dipped below 700. Almost 2,000 people were newly hospitalized with the virus Sunday, though once discharges and deaths are accounted for, the number of people hospitalized has flattened to just under 19,000.

“This virus is very good at what it does. It is a killer,” Gov. Andrew Cuomo said Monday.

In the U.S., about half of the more than 22,000 deaths reported are in the New York metropolitan area. Meanwhile, tracking maps maintained by Johns Hopkins University showed a dense patchwork of coronavirus cases along the Northeast corridor, as well as significant outbreaks corresponding to other major metropolitan areas — though nothing on the scale of what New York has endured.

Houston’s 18 total deaths since the start of the outbreak make up a tiny fraction of the one-day toll in New York City, prompting Mayor Sylvester Turner to say the city was achieving its goal of slowing “the progression of this virus so that our health care delivery system would not be overwhelmed.”