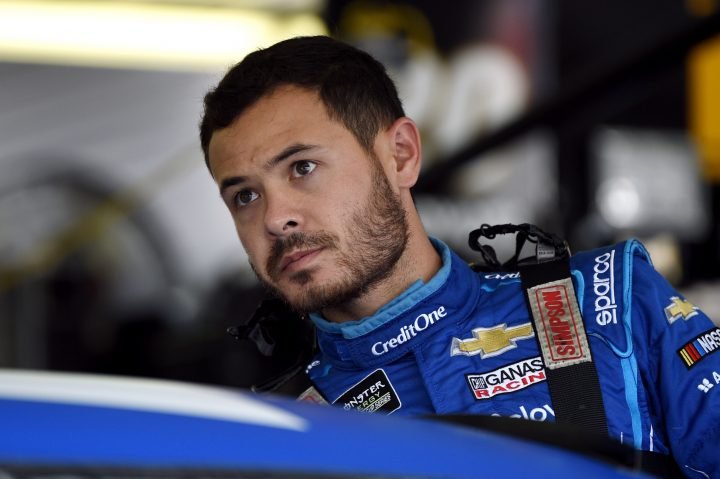 NASCAR driver Kyle Larson has been fired after casually dropping a racial slur for Black people in a live-streamed event on Sunday while playing on a driving simulator during the coronavirus lockdown.

NASCAR and Larson’s team, Chip Ganassi Racing, announced the move on Tuesday, approximately one day after Larson apologized for saying a “word that should never, ever be said.” He was initially suspended on Monday before the final decision was made.

Larson was playing with several others on iRacing, an online driving simulator, when he used the word to get another user’s attention over voice chat on Sunday.

“You can’t hear me? Hey, n—–. Wow, hey,” Larson can be heard saying in the video, which has since been shared online.

The other players in the game instantly reacted to the slur.

“Kyle, you’re talking to everyone, bud,” one user says.

“Yep, we heard that,” adds another. “Yikes,” says a third player.

It was a stunning outburst from the 27-year-old driver, who got his start through NASCAR’s “Drive for Diversity” program in 2012. Larson is half-Japanese, and his grandparents spent time in an internment camp in California during the Second World War.

“The comments that Kyle made were both offensive and unacceptable especially given the values of our organization,” said Chip Ganassi Racing in a statement announcing his firing on NASCAR’s website Tuesday. “As we continued to evaluate the situation with all the relevant parties, it became obvious that this was the only appropriate course of action to take.”

Many of Larson’s high-profile sponsors, including McDonald’s and Credit One Bank, terminated their deals with him over the incident.

“We were extremely disappointed and appalled to hear about this incident,” McDonald’s USA said in a statement. “The comments made by Kyle Larson are insensitive, offensive and not reflective of our inclusive values and will not be tolerated.”

Larson apologized in a video posted on his social media platforms on Monday, shortly after NASCAR and Chip Ganassi Racing announced his suspension.