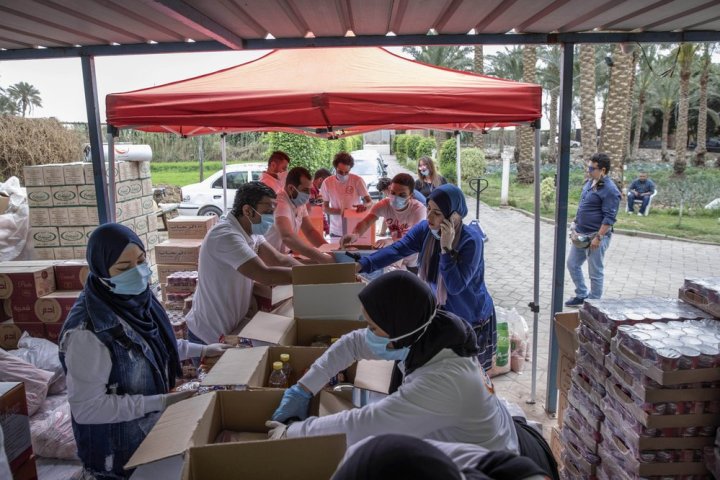 The Middle East, already wracked by high numbers of unemployed youth, unrest, conflict and large numbers of refugees, will sink into a recession this year sparked by the double shock of the coronavirus outbreak and low oil prices, the International Monetary Fund said Wednesday.

The impact of COVID-19, the disease caused by the virus, threatens to leave in its wake significant economic turmoil across the region, the international lender says. If governments mishandle the outbreak, the IMF warns this will sow the seeds for even more social unrest and instability.

Given the magnitude of the global crisis, the lender is calling on governments to prioritize health care spending, regardless of fiscal capacity, in order to contain the crisis as swiftly as possible.

Iran was already in deep economic recession due to U.S. sanctions that were reimposed after President Donald Trump pulled America out of Tehran’s nuclear deal with world powers in 2018. It is now struggling to manage the outbreak of the virus. The country’s economy is expected to contract this year by 6 per cent, according to the IMF.

Globally, the IMF expects the world’s economy to shrink 3 per cent this year before rebounding in 2021 with 5.8 per cent growth. Prospects for a rebound, however, are far from certain.

As millions of people lose their jobs around the world due to lockdowns, closures and curfews, cash-strapped governments are racing to secure loans from the IMF to support the most vulnerable people.

The IMF has said it is prepared to commit its $1 trillion in lending capacity to assist nations.

In a sign of just how dire the situation has become in Iran, the government requested a $5 billion loan from the IMF in recent weeks — the first such request made by Iran in nearly six decades. The IMF says it’s still looking into the request and seeking additional information from Iran.

Jihad Azour, who oversees the IMF’s Middle East and Central Asia department, said it’s too early to tell just how many people have lost their jobs across the region amid the crisis. He cautioned that the Mideast is going through only the first wave of shock and should be prepared for long-lasting impacts.