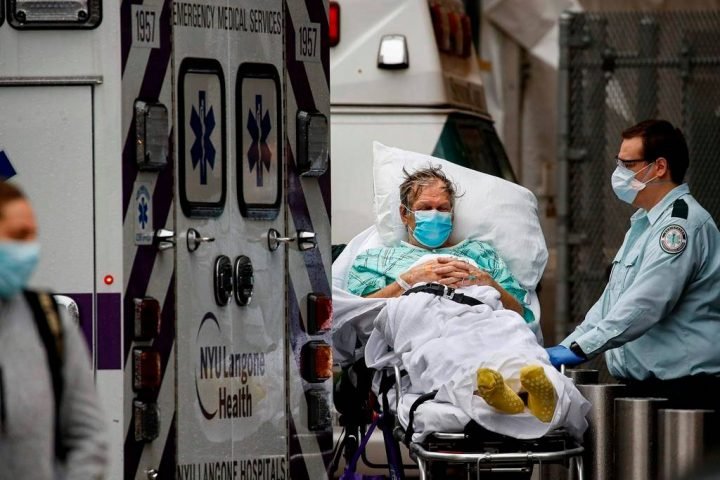 The official death toll from the coronavirus soared in New York City on Tuesday after health authorities began including people who probably had COVID-19, but died without ever being tested.

Officials reported 3,778 “probable” deaths, where doctors were certain enough of the cause of death to list it on the death certificate, and 6,589 confirmed by a lab test. Combined, that would put the total fatalities in the city over 10,000.

The change in the city’s accounting of deaths came after officials acknowledged that statistics based only on laboratory-confirmed tests were failing to account for many people dying at home before they reached a hospital or even sought treatment.

“Behind every death is a friend, a family member, a loved one. We are focused on ensuring that every New Yorker who died because of COVID-19 gets counted,” said Health Commissioner Dr. Oxiris Barbot. “While these data reflect the tragic impact that the virus has had on our city, they will also help us to determine the scale and scope of the epidemic and guide us in our decisions.”

New Yorkers continue to die at an unnerving pace even as the number of patients in hospitals has levelled off.

Earlier Tuesday, officials said 778 deaths were recorded statewide Monday, bringing New York’s total to more than 10,800. That figure, though, did not factor in the probable deaths now being counted in New York City.

You should also READ  ‘Bunker Boy’: Trump mocked for ‘hiding’ from protesters at White House

Here are other developments in the coronavirus outbreak:

The Democratic governor criticized Trump’s assertion Monday that “when somebody is president of the United States, the authority is total.”

“His proclamation is that he would be king, that’s what a king is,” Cuomo said at his daily briefing. “A king has total authority. That statement cannot stand.”

The Republican president made his comments after Cuomo and governors on both coasts announced multi-state compacts to co-ordinate reopening society amid the global pandemic.

Cuomo said restarting the economy must be done cautiously, or the hard-won gains of the past month could be quickly lost.