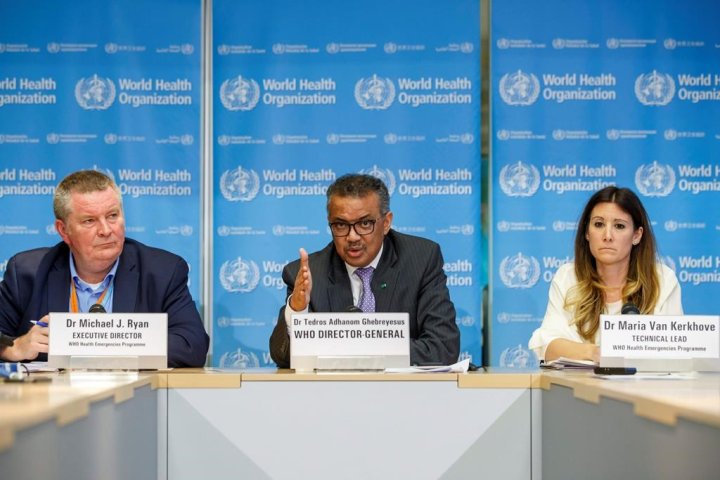 The World Health Organization (WHO) regrets the U.S. decision to withdraw funding from the organization, its director-general said Wednesday.

“The United States of America has been a long-standing and generous friend of the WHO, and we hope it will continue to be so,” WHO director-general Tedros Adhanom Ghebreyesus told a press conference. “We regret the decision of the president of the United States to order a halt in the funding to the WHO.”

Trump made the announcement that the U.S. would cut funding on Tuesday, saying the money would be held back “while a review is conducted to assess the World Health Organization’s role in severely mismanaging and covering up the spread of the coronavirus.”

The United States is the WHO’s largest single donor, contributing between $400 million and $500 million annually to the Geneva-based agency in recent years.

Tedros said the WHO also worked on diseases other than COVID-19, including polio, malaria, cancer, diabetes and mental health.

He also said that countries must work together to stop the virus’ spread.

Researchers and health experts around the world panned Trump’s decision to withhold funding on Tuesday.

The European Union on Wednesday said Trump has “no reason” to freeze WHO funding at this critical stage and called for measures to promote unity instead of division.

You should also READ  Greta Thunberg urges Canada, Norway to step up on climate change ahead of UN vote

Trudie Lang, a professor of global health research at Oxford University, said attempts to hinder the WHO’s work could have significant consequences for the pandemic response.

“The reason we’re making such fast progress on diagnostics, vaccines and drugs is because of WHO’s role as a neutral broker,” she said. “It’s their role to bring together the best science.”

On Twitter, Bill Gates — whose foundation was the second-largest donor to the WHO for its latest two-year budget, contributing over $530 million in 2018 and 2019 — wrote that stopping funding for the WHO during a world health crisis “is as dangerous as it sounds.”