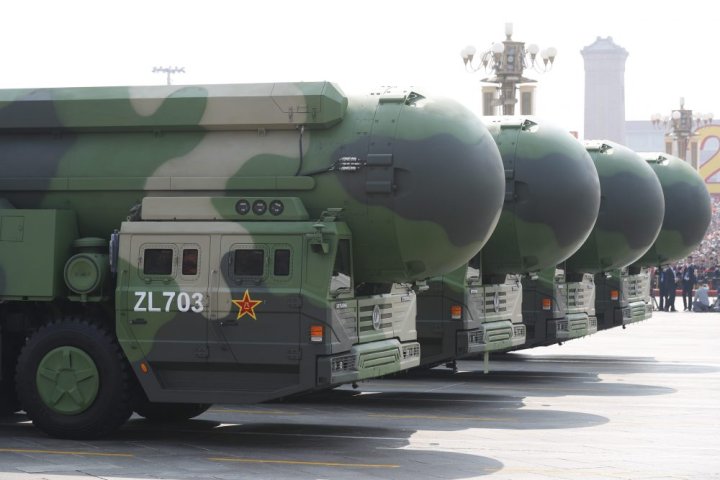 China says it shouldn’t have to bother denying a report from the U.S. State Department that suggests the Chinese government may have triggered secret nuclear blasts at an underground test site last year.

The report, which was released on Wednesday and first revealed by the Wall Street Journal, raises concerns that China might have violated the “zero yield” standard for nuclear blasts. The standard basically prohibits countries from creating any kind of explosive chain reaction like the one used in nuclear warheads.

The U.S. State Department says it’s “possible” that Beijing breached that standard at China’s Lop Nur nuclear test site throughout last year, based on monitoring evidence of work around the site.

“China’s possible preparation to operate its Lop Nur test site year-round, its use of explosive containment chambers, extensive excavation activities at Lop Nur and a lack of transparency on its nuclear testing activities … raise concerns regarding its adherence to the zero yield standard,” the report said.

The report does not actually provide evidence of a low-yield test.

Zhao Lijian, a spokesperson for China’s foreign ministry, dismissed the accusation and insisted that Beijing remains committed to a moratorium on nuclear tests. He also accused the U.S. of making false claims at a time when Washington is already eager to blame China for the coronavirus pandemic.

“China has always adopted a responsible attitude, earnestly fulfilling the international obligations and promises it has assumed,” Zhao said at a briefing. “The U.S. accusation against China is made of thin air, which is totally unfounded and not worth refuting.”

Zhao also accused the U.S. of hypocrisy by pointing out Washington’s decision to withdraw from the Intermediate-Range Nuclear Forces (IMF) Treaty and other international agreements meant to restrict nuclear weapons development.

Jeffrey Lewis, an expert in arms control at the Middlebury Institute of International Studies, called the evidence “thin” in a response on Twitter.

He added that the whole issue is really a “matter of belief” because it’s hard to prove that Russia or China are not “up to no good.”