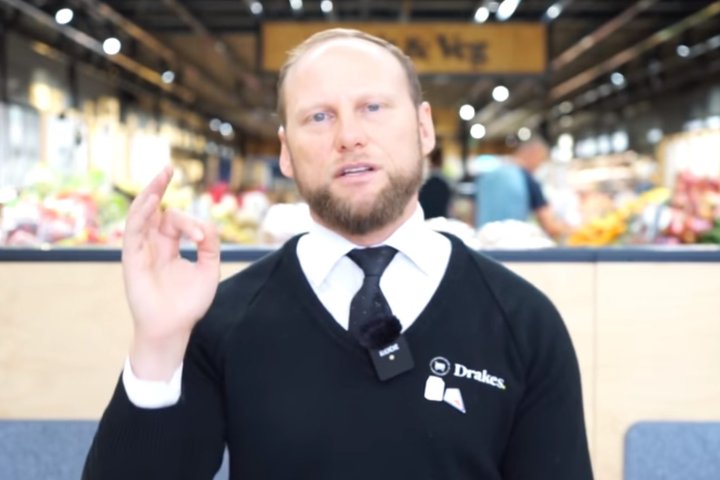 A grocery store manager in Australia says he flatly refused to give a coronavirus hoarder a refund, after the shopper tried to return more than $10,000 Australian ($8,900 Canadian) worth of toilet paper and other supplies that he’d stockpiled to sell online.

John-Paul Drake, who runs Drakes supermarket in Adelaide, says he gave the customer the middle finger after the man tried to return approximately 5,000 rolls of toilet paper and 150 one-litre bottles of hand sanitizer earlier this month.

Drake says the man was a profiteer who’d been trying to sell the in-demand items online during the pandemic. He went back for a refund after eBay refused to let him sell the items at a steep markup.

“I told him that that is the sort of person who is causing the problem in the whole country,” Drake said in a weekly video update posted on YouTube.

Drake told Australia’s ABC News that the shopper used a team of 20 buyers to snap up $10,000 worth of toilet paper when the crisis started.

“That is the sort of person that is causing the problem in the whole country,” he added in his video.

Australia went through an intense period of panicked toilet paper-buying in early March, when fears of the COVID-19 were ramping up worldwide.

“We have had some staggering statistics,” Drake said in his video. He says the store sold eight months’ worth of toilet paper in about four weeks, and a year’s supply of flour in nine days.

“If everyone had just bought the things that they’d needed for their immediate short term, we would be fine,” Drake said.

“The whole world is in the same boat.”