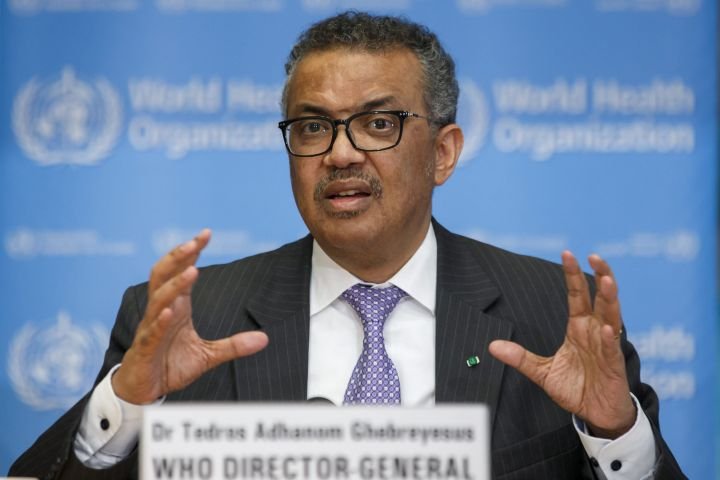 The World Health Organization (WHO) is facing mounting pressure to answer critics worldwide who say Chinese influence has hindered its response to the coronavirus pandemic.

United States President Donald Trump suspended WHO funding Tuesday, alleging the organization failed to respond to “credible” information in December in Wuhan, China that suggested the new virus could be spread through human-to-human transmission.

However, Trump did not cite sources for his allegations.

But WHO defenders, including Canada’s prime minister and health minister, maintain that the WHO has worked with its partners to share the best scientific evidence possible in order to respond to the coronavirus pandemic.

The United Nations created the WHO in 1948, giving it a broad mandate to co-ordinate international health policy and set guidelines with the objective of promoting co-ordinated medical responses in an increasingly interconnected world. As the Council on Foreign Relations explains, in 2019, the WHO set three strategic priorities:

But the WHO’s response to the coronavirus pandemic has raised new questions about its funding and structure as well as perceptions that politics caused the organization to drag its feet while setting COVID-19 guidelines in an effort not to upset China.

The WHO is headquartered in Geneva, Switzerland and has 149 country offices. Its most recent two-year budget goal was $4.4 billion, but only 20 per cent comes from member states. The WHO must raise the rest of its funding through voluntary contributions. The United States is the top donor, providing about $400 million per year, followed by the United Kingdom and the Bill and Melinda Gates Foundation. According to the most recent WHO budgetary data, Canada and China both contribute about $45 million per year.

According to the Kaiser Family Foundation, a non-profit that analyzes global health issues, the WHO’s funding and governance structure are increasingly causing institutional challenges, including:

Under the organization’s International Health Regulations (IHR), the WHO is authorized to take a number of actions in response to the outbreak of disease with the goal of protecting people worldwide and guarding against undue economic harms.

Firstly, the WHO is authorized to gather disease information from non-governmental sources, verify the information with governments and, if warranted, share the information with other states. Next, the WHO director-general can declare a public health emergency of international concern. Third, the WHO is authorized to ask any country that implements travel or trade measures to protect against disease spread to justify the measures with scientific and public health data if the measures don’t conform to the WHO’s guidelines. Finally, the WHO is supposed to monitor states’ responses to disease outbreaks to ensure that human rights are not being violated.

In the case of the coronavirus pandemic, the WHO has come under fire from critics worldwide, mostly for its activities in the first three areas of its IHR mandate.