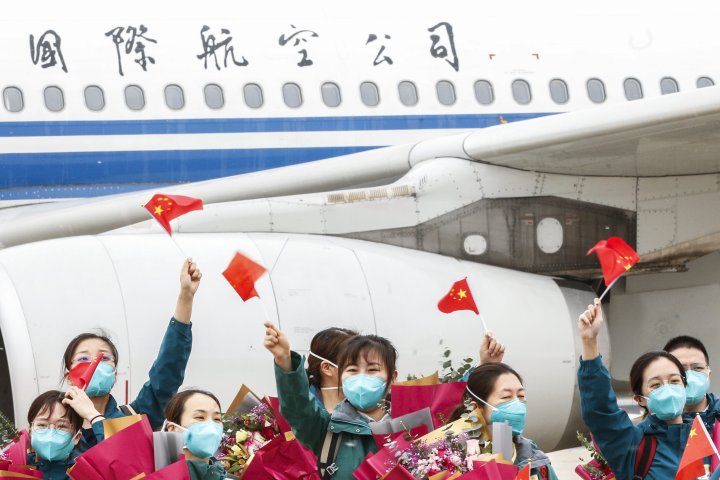 Since then, U.S. officials have expressed frustration with bureaucratic and other hurdles that American companies are facing in trying to export goods made in their Chinese plants and that are considered key to fighting the pandemic.

China hasn’t responded to questions about whether inspections might increase the time required to fill foreign orders. Commerce Ministry spokesman Gao Feng said Beijing has taken steps to speed up customs clearance while ensuring the quality of exported epidemic-prevention goods.

“China has not and will not restrict the export of epidemic prevention materials,” Gao said Thursday.

The Chinese customs agency said last week it would start treating masks, ventilators, surgical gowns, goggles and other supplies as medical goods, requiring exporters to submit proof that their products are approved by regulators in destination countries.

China said the goods will be inspected to confirm they meet standards.

Earlier, a shipment of 600,000 masks to the Netherlands was deemed not suitable for hospital use and Spain said that test kits it had bought from a Chinese company were less effective than promised. China has said the mask maker had clearly informed a Dutch purchasing agent that they were non-medical masks.

American officials have made the point that U.S. companies making medical protective gear and other products in China should be allowed to export them as they see fit.

Terry Branstad, the U.S. ambassador to China, said there had been a slowdown in the provision of supplies that appeared to be caused by China’s implementation of stricter quality standards.