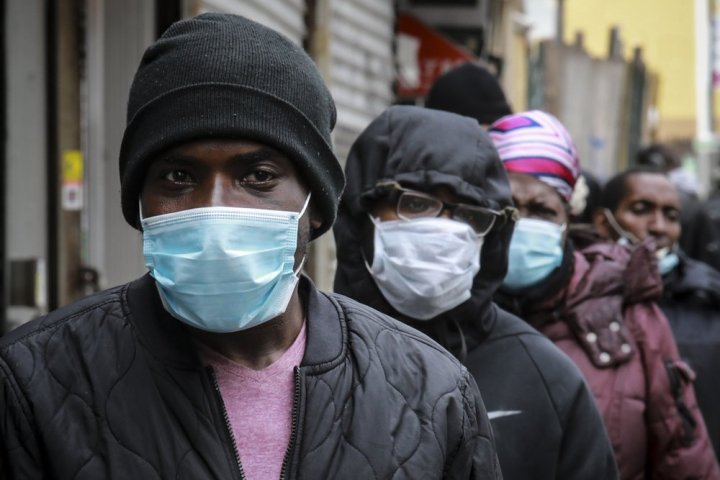 South Korea reported fewer than 10 new coronavirus cases Sunday for the first time in two months as U.S. governors ease lockdowns amid pressure worldwide from businesses and the public to limit the pandemic’s economic damage.

In Brazil, hundreds of people protested Saturday in major cities against anti-virus lockdowns. France reported a decline in numbers of intensive care patients, but its health agency warned the public to stick to strict isolation measures.

The pandemic that began in China in December is believed to have infected more than 2.3 million people worldwide. While most recover, at least 155,000 have died, according to a tally by Johns Hopkins University based on figures supplied by health authorities around the globe.

South Korea, the first country after China to report a surge in cases, announced its number of new infections fell Sunday to eight. That raised its total to 10,661, including 234 deaths.

Infections in South Korea have fallen from a peak of 909 on Feb. 29, but officials have warned that a “quiet spread” is possible as people relax social distancing.

“We must not let down our guard until the last confirmed patient is recovered,” President Moon Jae-in said Sunday.

Taiwan reported 22 new cases — a student who returned from the United States and 21 crew members of a naval ship that visited the Pacific island nation of Palau.

Shutdowns that began in China in late January and spread to the U.S., Europe and elsewhere have plunged the world into its most painful economic slump since the Great Depression of the 1930s. Millions of workers have lost their jobs.

The International Monetary Fund expects the global economy to contract by 3 per cent this year — a far bigger loss than 2009’s 0.1 per cent after the global financial crisis.