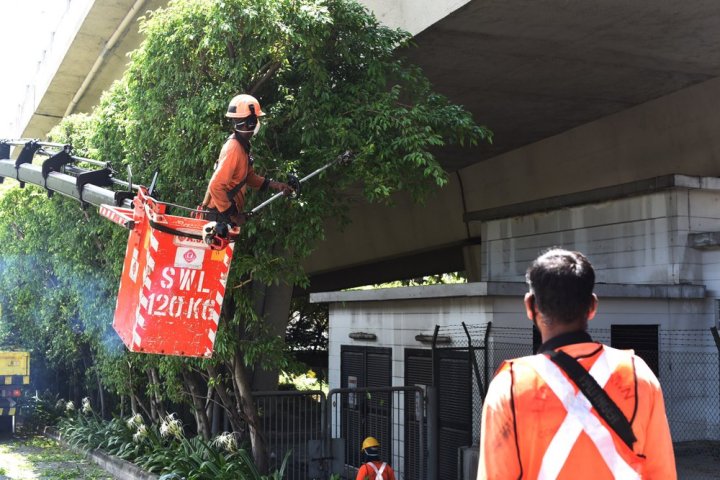 India and Singapore announced their biggest single-day spikes in new coronavirus cases on Monday, as the crisis intensifies in parts of Asia.

India’s spike came after the government eased one of the world’s strictest lockdowns to allow some manufacturing and agricultural activity to resume.

An additional 1,553 cases were reported over 24 hours in India, raising the national total past 17,000. At least 543 people have died in the country from COVID-19, the disease caused by the virus, and epidemiologists forecast the peak may not be reached before June.

The shelter-in-place orders imposed in India on March 24 halted all but essential services, sparking an exodus of migrant workers and people who survive on daily wages out of India’s cities to villages in rural areas. Authorities picked up travellers in a fleet of buses and quarantined many of them in empty schools and other public buildings for 14 days.

Starting Monday, limited industry and farming were allowed to resume where employers could meet social distancing and hygiene norms, and migrant workers were allowed to travel within states to factories, farms and other work sites.

Meanwhile, Singapore’s confirmed cases shot up to nearly 8,000 after 1,426 infections were reported Monday, a single-day high for the tiny Southeast Asian city-state.

Singapore now has the highest number of cases in Southeast Asia at 7,984, a massive surge from just 200 on March 15. Authorities say most of the new cases were again linked to foreign workers.

More than 200,000 low-wage workers from Asia live in tightly packed dormitories that became virus hotspots after they were overlooked earlier by the government. Officials have said that cases are expected to rise as testing continues at the dorms, but are hoping that a partial lockdown until May 4, mandatory wearing of masks and strict social distancing measures will help curb the spread of the virus.

Hong Kong reported no new cases on Monday for the first time in nearly seven weeks. Prior to Monday, the city had seen eight consecutive days of single-digit infections, dwindling from a surge in cases in March as residents overseas flocked to return amid the U.S. and Europe outbreaks. Hong Kong’s current tally stands at 1,026 cases, including four deaths.

Sri Lanka’s government has partially lifted a monthlong curfew, with the country’s top health official declaring that COVID-19 is “under control” in the Indian Ocean island nation. Sri Lanka had been under a 24-hour curfew since March 20. It was lifted during daytime hours in more than two thirds of the country Monday and will continue in the remaining districts including the capital, Colombo, until Wednesday. The curfew will remain in effect from 8 p.m. until 5 a.m. until further notice. Sri Lanka had confirmed 271 cases and seven deaths as of Sunday.