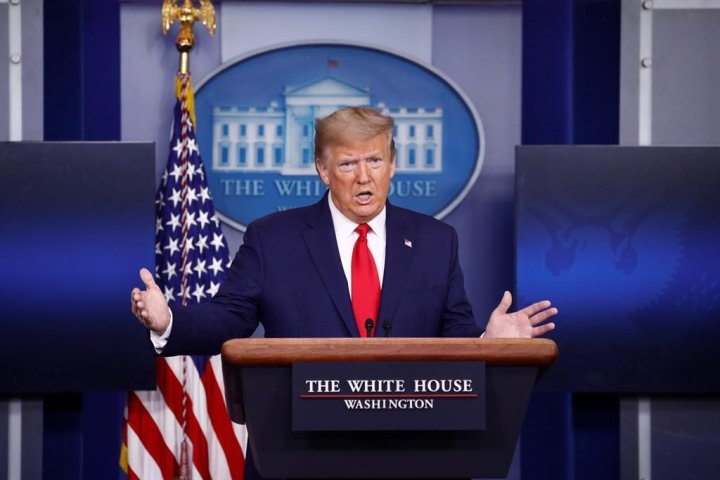 The Trump administration and Congress expect an agreement Monday on an aid package of up to $450 billion to boost a small-business loan program that has run out of money and add funds for hospitals and COVID-19 testing.

“We are very close to a deal,” Trump said Sunday at the White House.

Along with the small business boost, Trump said the negotiators were looking at “helping our hospitals,” particularly hard-hit rural health care providers.

The Senate is scheduled for a pro forma session Monday, but no vote has been set.

The House announced it could meet as soon as Wednesday for a vote on the pending package, according to a schedule update from Majority Leader Steny Hoyer, D-Md.

With small-business owners reeling during a coronavirus outbreak that has shuttered much economic activity, Treasury Secretary Steven Mnuchin said he was hopeful of a deal that could pass Congress quickly and get the Small Business Administration program back up by midweek.

“I’m hopeful that we can get that done,” Mnuchin said Sunday.

Senate Minority Leader Chuck Schumer, D-N.Y., also said he believed a deal could be reached. “We still have a few more details to deal with,” he said.

You should also READ  Doctors, politicians sound alarm in Calgary over potential for coronavirus to spread in Chinese detention camps

On a conference call Sunday afternoon that included Trump, Mnuchin and Republican senators, Senate Majority Leader Mitch McConnell, R-Ky., indicated the only remaining item for discussion involved the money for testing, according to a Senate GOP leadership aide who spoke on condition of anonymity to discuss a private call.