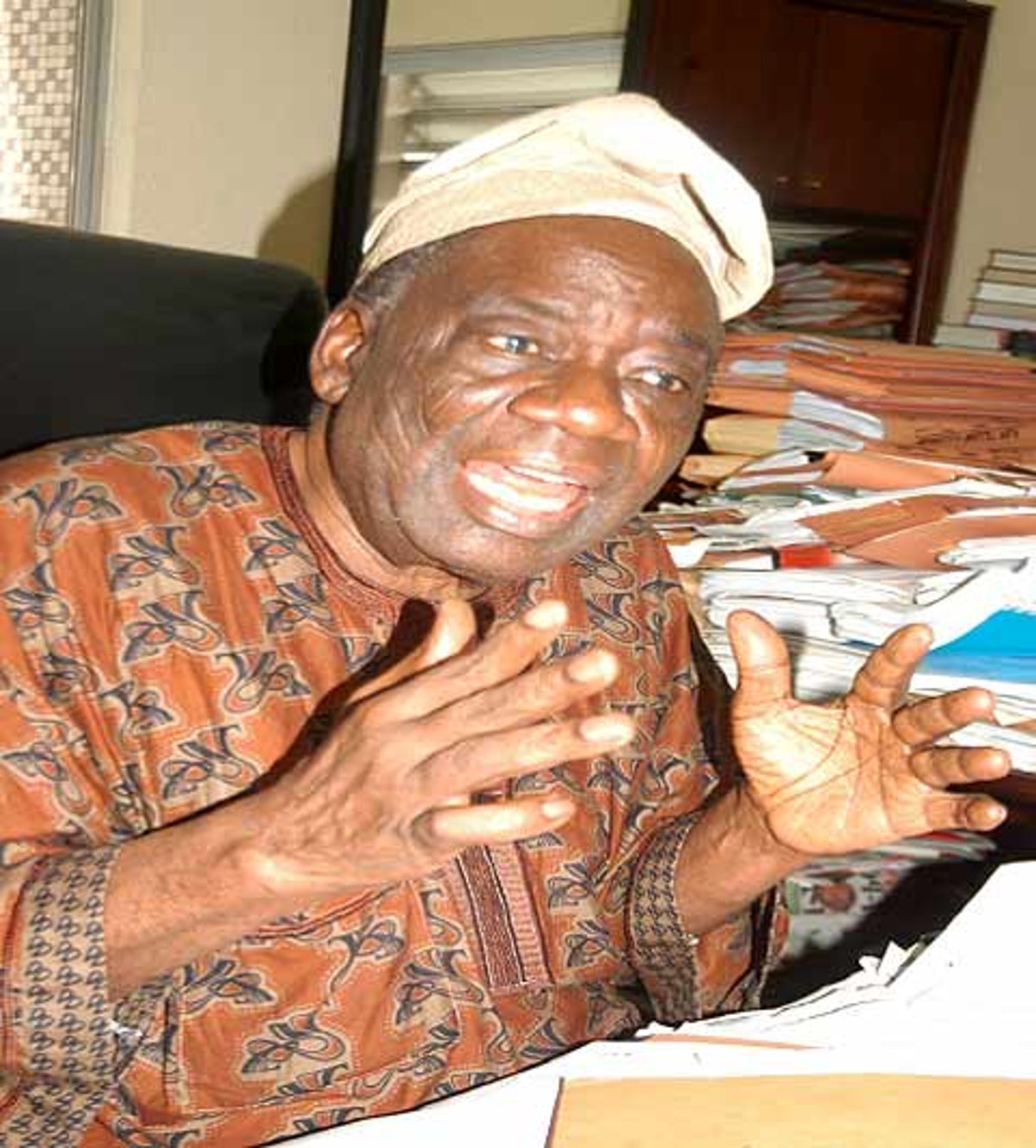 Encomiums has continued to pour in for the late former Attorney General of the Federation, Chief Richard Osuolale Akinjide SAN who died in the early hours of Tuesday April 21, 2020.

Former President of Nigerian Bar Association (NBA), Asiwaju Wole Olanipekun SAN in his condolence message said: “The news of the passing of the eminent legal practitioner and foremost statesman, Chief R.O.A. Akinjide, SAN has just reached me. On behalf of my family and Chambers, I convey my heartfelt sympathy and condolences to the entire members of the Akinjide family and dynasty;

Without any gainsaying, Chief Akinjide lived a full cycle, whether as a lawyer, a politician, a scholar or statesman;

He made a success of every venture he embarked on. As a lawyer, he was very prodigious, forensic, profound, dynamic, courageous and seminal;

Before then, he had served as the President of the NBA, during the military era. He distinguished himself as one of the most outstanding Presidents of the NBA. Between 1979 and 1983, he served as the Attorney-General and Minister of Justice of Nigeria.

As a politician, he was first a Federal Parliamentarian before assuming the office of Minister of Education in the First Republic, and he would be remembered as one of the youngest federal ministers ever produced in Nigeria;

As a statesman, Chief Akinjide stoically pursued the clamour for a true federalism in Nigeria, both in his writings and public speeches, while at the same time presenting himself as a father figure who cultivated friends across all divides. That Chief Akinjide was a scholar of very high repute is beyond any shadow of doubt. He was prolific in his writings and highly cerebral in his submissions, in and out of court.

In company of our heroes past, particularly, Chief Obafemi Awolowo,  Dr. Nnmadi Azikiwe, Sir Ahmadu Bello and others, Chief Akinjide was in the forefront of the struggle for Nigeria’s independence in 1960. A titan has departed; a legal colossus and potentate has been called home; a highly distinguished statesman has gone to rest.

May the pleasant soul of this great mentor, leader and nationalist rest in peace”.

Fagbemi said: “He has created a vacuum that will be very difficult to fill. Chief Akinjide traversed the length and breath of this country to do cases. He is not a man that is confined to one place, either in Nigeria or abroad. He was able to put his name in letters of gold. He was a stickler for excellence, ethics, and ethos of legal practice. We shall surely miss him;

However, I am happy at the legacies that he left behind. They are worthy of emulation and it will do us a lot of good. Adieu Baba Akinjide”, Fagbemi concluded.

Also, Ibadan based senior lawyer, Chief Adeniyi Akintola SAN, in a message he sent to the late Akinjide’s daughter, Ms Jumoke Akinjide, referred to the late chief as father, leaders, and mentor.

Akintola said: “My sister, to God be the glory, our Father, leader , mentor, role model, and elder statesman has gone back to his maker. Papa came, saw and conquered. To you Jummy and your siblings I say congratulations for the grace of God that enabled you to survive your father;

It is a privilege for which you all should be grateful. You couldn’t have asked for a better father. A hugely successful father, a consummate legal practitioner with rare brains, a former Chairman of Body of Benchers, a first generation SAN, a former President of NBA, a two time Minister of Federal Republic of Nigeria, an internationally acclaimed Legal Icon, a high chief of Ibadanland, and an enviable family man, what else could anyone ask for. Adieu Chief Richard Osuolale Abimbola Akinjide, OFR,SAN”.