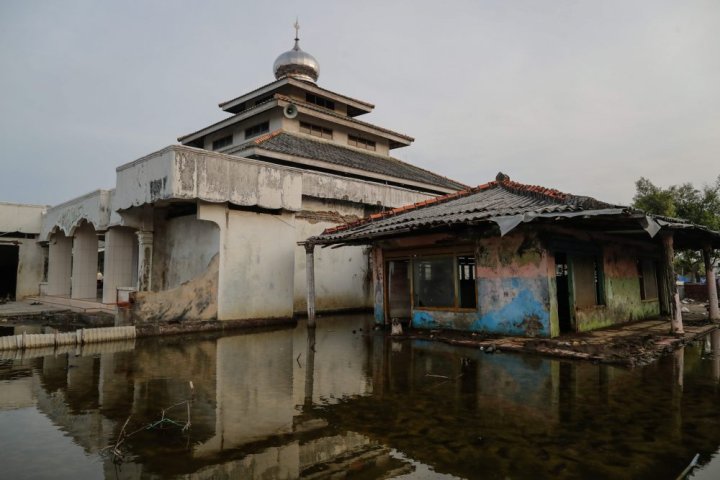 If the threat of a global coronavirus pandemic isn’t enough to keep some people indoors, what about the threat of being locked up with “ghosts” in a haunted house?

Lawmakers in Indonesia‘s Sragen region have started confining quarantine violators to abandoned buildings on the island of Java, where local legends suggest the abodes might be haunted. It’s part of a novel effort to motivate a superstitious population through the supernatural when scientific arguments fall short.

Kusdinar Untung Yuni Sukowati, regency head of Sragen, issued the order earlier this week amid a surge in newcomers from other locked-down parts of the country, including the capital city of Jakarta. The order was put in place amid concern that visitors to the island of Java were not self-isolating for 14 days upon their arrival.

“I gave my permission. If need be, they should be locked inside — in a haunted house if necessary. But we’d still feed them and monitor them.”

She says five people have been quarantined in abandoned homes to date.

“If there’s an empty and haunted house in the village, put people in there and lock them up,” Sukowati told the AFP on Tuesday.

One long-abandoned house in the rice fields of Plupuh has been repurposed to house two people, Sukowati said.

She added that if they could obey the rules, they wouldn’t be spending their quarantine in a haunted house.

Another abandoned home in the village of Sepat was fitted with beds to house three new arrivals, the AFP reports.

Henri Susanto, who was locked up at the home, told AFP that he hasn’t seen any ghosts yet.

“But whatever happens, happens,” he said. “Lesson learned.”