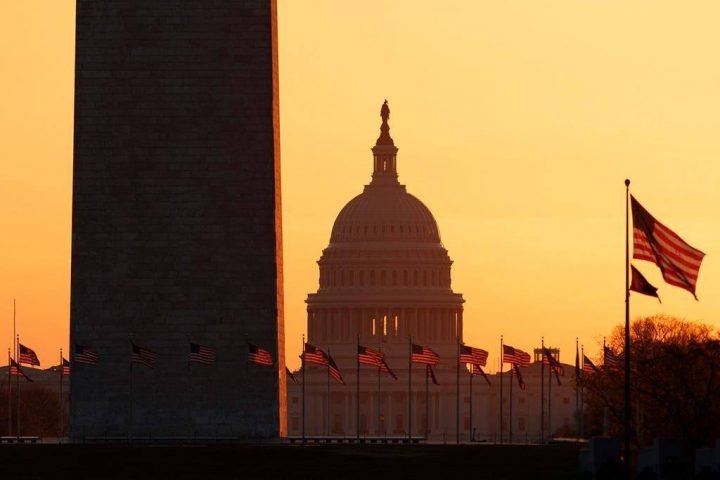 A nearly US$500 billion coronavirus aid package flew through the Senate on Tuesday after Congress and the White House reached a deal to replenish a small business payroll fund and provided new money for hospitals and testing. It now goes to the House.

Passage was swift and unanimous, despite opposition from conservative Republicans, and U.S. President Donald Trump tweeted his support pledging to sign it into law.

THIS IS A BREAKING NEWS UPDATE. AP’s earlier story follows below:

Congress and U.S. President Donald Trump reached agreement Tuesday on a nearly US$500 billion coronavirus relief bill that would replenish a small business rescue program and provide new funds for hospitals and a virus testing program.

The Senate is poised to quickly pass it in a late afternoon session. It next goes to the House.

Senate Majority Leader Mitch McConnell, R-Ky., and Senate Democratic leader Chuck Schumer, were among the few senators in the chamber amid stay-home orders that have shuttered Washington, and the nation.

Lee said it was “unacceptable” that the full Senate was not present and voting in the pro forma session. Paul echoed that concern as they called Congress back to session.

The agreement was announced by Schumer earlier Tuesday and Trump tweeted his support, saying he’ll sign the bill if passes both chambers. McConnell swung behind it as well.

“I welcome this bipartisan agreement and hope the Senate will quickly pass it,” McConnell said.

As he opened the Senate, he called it a “significant package.”