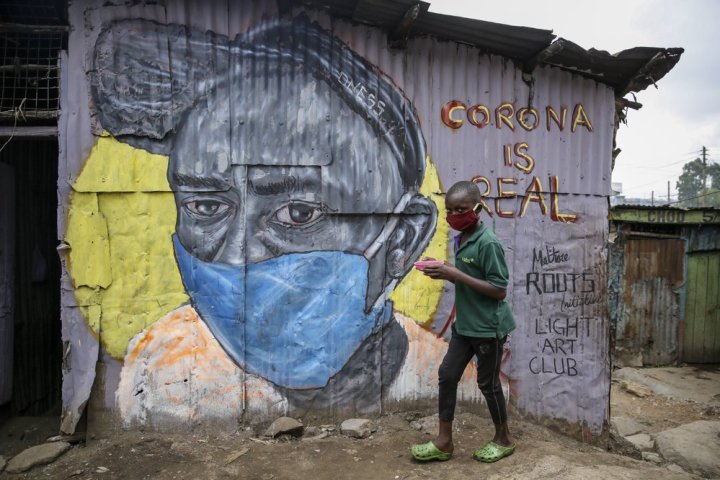 The U.N. General Assembly demanded global action to quickly scale up the development of and access to medicines, vaccines and equipment to battle the COVID-19 pandemic, while the World Health Organization warned Tuesday that rushing to ease coronavirus lockdowns could lead to a resurgence of the outbreak.

The U.N. resolution asked Secretary-General Antonio Guterres to work with the WHO and make recommendations to ensure that all people have equitable and timely access to testing, medical supplies, drugs and future vaccines, especially in developing countries.

African officials have been outspoken about the need for medical supplies across the 54-nation continent, where health systems have historically been underfunded and will be overwhelmed by the virus.

Even under a best-case scenario, Africa will need $44 billion for testing, personal protective equipment and treatment of coronavirus, according to a report last week by the U.N. Economic Commission for Africa. The worst-case scenario estimates $446 billion would be needed.

Africa has more than 23,000 infections across the continent, including more than 1,100 deaths. Authorities this week are starting to roll out a dramatic increase in testing, with the goal of testing 1 million people over the next four weeks.

Many countries have been grappling with the inequality the virus has often laid bare, and how to ensure everyone has access to necessary hygiene products and protective equipment.

In Spain, which is among the worst-hit countries, authorities were deciding later Tuesday on price caps for face masks, gloves, hand sanitizers and other protective equipment that has been in short supply.

The government published an order Sunday setting out exceptional measures to ensure everyone has access to resources, saying prices cannot be “exploitative.”

Across the world, governments are seeking ways to ease restrictions, in an effort to limit the already dramatic impact on economies. But Dr. Takeshi Kasai, WHO regional director for the Western Pacific, noted any easing of restrictions must be gradual and strike the right balance between keeping people healthy and allowing economies to function.

“This is not the time to be lax. Instead, we need to ready ourselves for a new way of living for the foreseeable future,” he said.

Several European countries, including Denmark, Austria, Spain and Germany, have begun gradually easing restrictions, allowing some people back to work, including hairdressers, dentists and construction workers. Scattered protests have erupted across the United States, with people demanding a return to work in a country that has seen 22 million people lose their jobs.