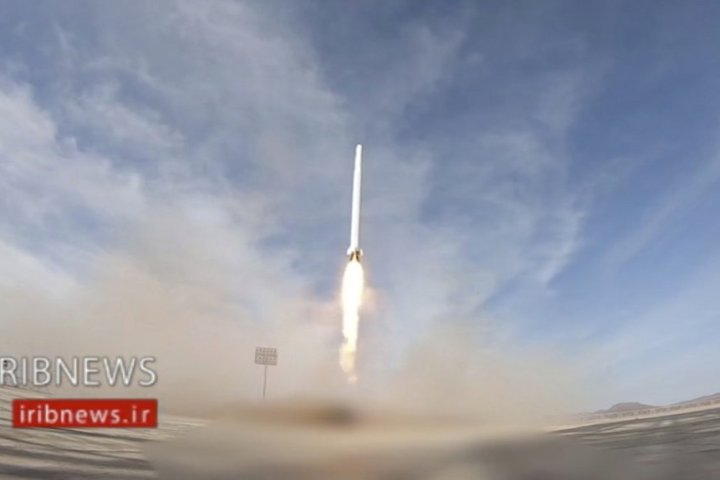 Iran‘s Revolutionary Guard said Wednesday it put the Islamic Republic’s first military satellite into orbit, dramatically unveiling what experts described as a secret space program with a surprise launch that came amid wider tensions with the United States.

There was no immediate independent confirmation of the launch of the satellite, which the Guard called “Noor,” or light. The U.S. State Department and the Pentagon, which contend that such launches advance Iran’s ballistic missile program, did not immediately respond to requests for comment.

However, such a launch immediately raised concerns among experts on whether the technology used could help Iran develop intercontinental ballistic missiles.

Already, Iran has abandoned all the limitation of its tattered nuclear deal with world powers that President Donald Trump unilaterally withdrew America from in 2018. Trump’s decision set off a monthslong series of escalating attacks that culminated in a U.S. drone strike in January that killed a top Iranian general in Iraq, followed by Tehran launching ballistic missiles at American soldiers in Iraq.

As the world grapples with the coronavirus pandemic and historically low oil prices, the missile launch may signal a new willingness to take risks by Iran.

“This raises a lot of red flags,” said Fabian Hinz, a researcher at the James Martin Center for Nonproliferation Studies at the Middlebury Institute of International Studies in Monterey, California. “Now that you have the maximum pressure campaign, Iran doesn’t have that much to lose anymore.”

On its official website, the Guard said the satellite successfully reached an orbit of 425 kilometres  above the Earth’s surface. The Guard called it the first military satellite ever launched by Tehran.

The three-stage satellite launch took off from Iran’s Central Desert, the Guard said, without elaborating or saying when exactly the launch took place.

Hinz said based on state media images, the launch appeared to have happened at a previously unnamed Guard base near Shahroud, Iran, some 330 kilometres (205 miles) northeast of Tehran. The base is in Semnan province, which hosts the Imam Khomeini Spaceport from which Iran’s civilian space program operates.

The paramilitary force said it used a Ghased, or “Messenger,” satellite carrier to put the device into space, a previously unheard-of system. It described the system as using both liquid and solid fuel.

“The Islamic Republic of Iran’s first satellite by the Revolutionary Guard Corps was successfully launched into orbit,” a state television announcer said. “This honourable launch happened this morning.”

Wednesday marks the 41st anniversary of the founding of the Guard by Iran’s late leader, Ayatollah Ruhollah Khomeini. An image of the rocket that carried the satellite showed it bore a Quranic verse on overcoming adversaries.