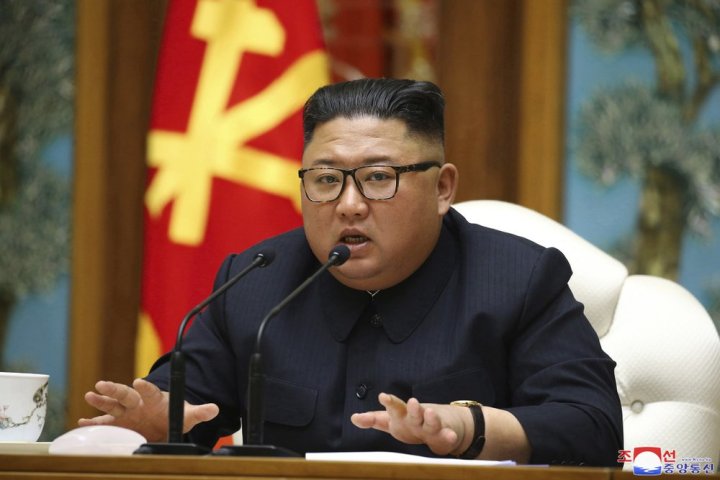 North Korean state media on Wednesday made no mention of leader Kim Jong Un’s health or whereabouts, a day after intense international speculation over his health was sparked by media reports he was gravely ill after a cardiovascular procedure.

North Korean media presented a business-as-usual image, carrying routine reporting of Kim’s achievements and publishing some of his older, or undated, comments on issues like the economy.

South Korean and Chinese officials and sources familiar with U.S. intelligence have cast doubt on South Korean and U.S. media reports that he was seriously sick, while the White House said it was closely monitoring the matter.

U.S. President Donald Trump, who held unprecedented summits with Kim in 2018 and 2019 in an attempt to persuade him to give up his nuclear weapons, said the reports had not been confirmed and he did not put much credence in them.

“We’ll see how he does,” Trump told a White House news conference on Tuesday. “We don’t know if the reports are true.”

Speculation about Kim’s health first arose due to his absence from the anniversary of the birthday of North Korea’s founding father and Kim’s grandfather, Kim Il Sung, on April 15.

On Wednesday, the main headlines from the North’s state news agency, KCNA, included pieces on sports equipment, mulberry picking, and a meeting in Bangladesh to study North Korea’s “juche” or self-reliance ideology.

The official Rodong Sinmun newspaper carried older or undated remarks attributed to Kim in articles about the economy, the textile industry, city development, and other topics.

As usual Kim’s name was plastered all over the newspaper, but there were no reports on his whereabouts.

A spokesman for South Korea’s presidential Blue House said they could not confirm Kim’s whereabouts, or whether he had undergone surgery. South Korea had detected no unusual activity in North Korea, the spokesman said.

An Earth Day like no other, in photos: Animals take over during coronavirus lockdown