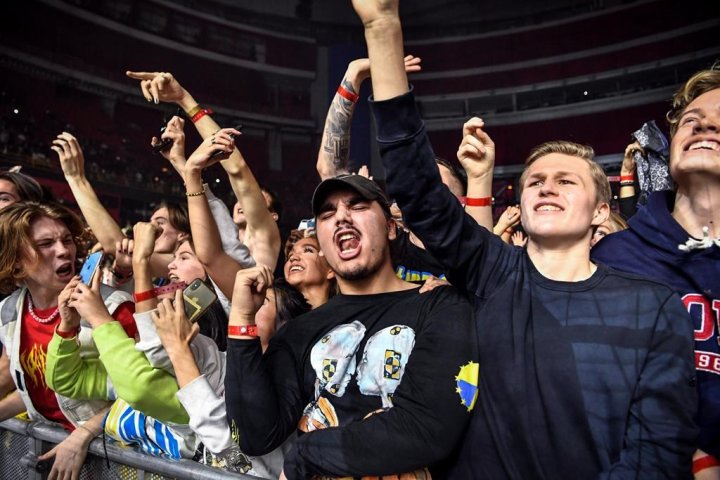 Live concerts are cancelled in most parts of the country for the foreseeable future, yet Ticketmaster and other Canadian ticket portals have continued to sell access to upcoming events that aren’t happening.

Several dozen concerts, including a DJ set with Andrew Rayel originally slated for Friday at Toronto’s Toybox Nightclub, were still available on Ticketweb, a portal owned by Ticketmaster, until after the company was contacted by The Canadian Press on Wednesday.

And concerts once booked throughout May at the PNE Forum in Vancouver were listed by non-profit retailer Ticketleader until the company responded to inquiries on why they were still up for sale.

Those PNE shows, which included a Kaytranada concert previously scheduled for May 9, have now been marked “postponed” by Ticketleader until an undetermined new date.

The lack of action by ticketsellers illustrates a divide between provincial bans of large public gatherings and how the concert industry is handing the fallout of COVID-19.

Several other events organized by Live Nation continued to be available for purchase on Ticketweb as of Wednesday afternoon, including a May 2 concert with New York-based singer Margaret Glaspy at a Vancouver venue, and a May 10 date in Toronto with French electronic act Hyphen Hyphen.

A Toronto stop on a cancelled tour for Australian singer-songwriter Matt Corby was still listed on Ticketmaster’s reseller site Stubhub as well. None of the listings provided information about postponement.

Other dates, including a Vancouver performance by Ivan & Alyosha on May 9 that was postponed by the artists weeks ago, disappeared from Ticketweb on Wednesday.

A representative for Ticketmaster did not respond to requests for comment about shows listed on Ticketweb, and its reseller platform Stubhub.

Ticketmaster has already faced backlash for how its handled customers affected by COVID-19 cancellations.

The company was widely criticized for its decision to alter its refund policy in the early days of the pandemic, allowing it to decline refunds. After pressure from political leaders, and a reported class action lawsuit filed in the U.S. by a Rage Against the Machine fan, Ticketmaster revised its stance by outlining plans to launch a refund program May 1 “on a rolling basis, for all events impacted by COVID-19.”