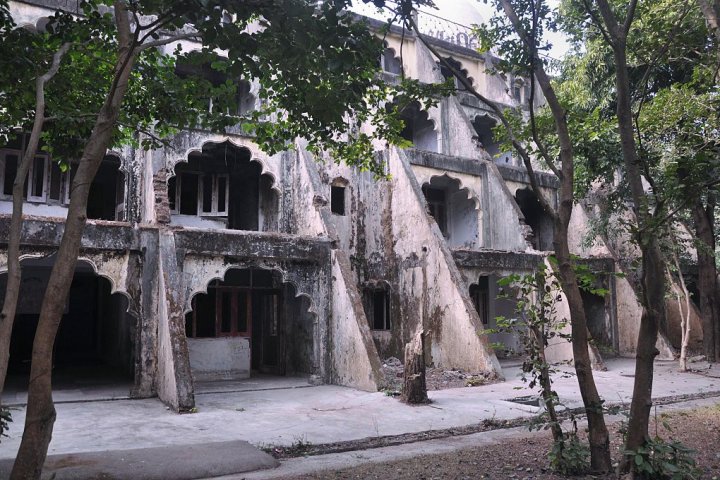 Tourists were found self-isolating from the coronavirus pandemic in an Indian cave after running out of money for hotel fees.

The group of four men and two women were surviving in a cave near Rishikesh, a town in Uttarakhand state, CNN reports.

Officials found them and quarantined them at an ashram on Sunday, police say, after living in the cave for a month.

A spokesperson for the Uttarakhand police told CNN that the tourists — from France, Turkey, Ukraine, the U.S. and Nepal — ran out of money for their hotel, so they moved to a cave to ration their funds for food.

A suspension of air, rail and road transport had left them stranded since March 24. Before that, a state government order implemented on March 20 banned any tourists from entering Uttarakhand, the Independent says.

According to the BBC, all six tourists tested negative for COVID-19 before being moved to their quarantine location.

“After receiving the information, we went to the cave and found the six foreigners. They told us that they decided to move into the cave because they were running out of money,” local police official Rakendra Singh Kathait told journalist Raju Gusain, the publication reports.

“We did their medical tests and sent them to a quarantine centre.”

The area, a tourism hot spot in the foothills of the Himalayas, was made popular by The Beatles after the band stayed at a local ashram. The band visited in 1968 and reportedly wrote 40 songs while on their trip, including some on Abbey Road and The White Album, CNN says.

India’s lockdown, the Independent reports, was set to lift on April 14 but has been extended until May 3.

As of Wednesday, India was battling more than 20,000 confirmed cases of COVID-19.