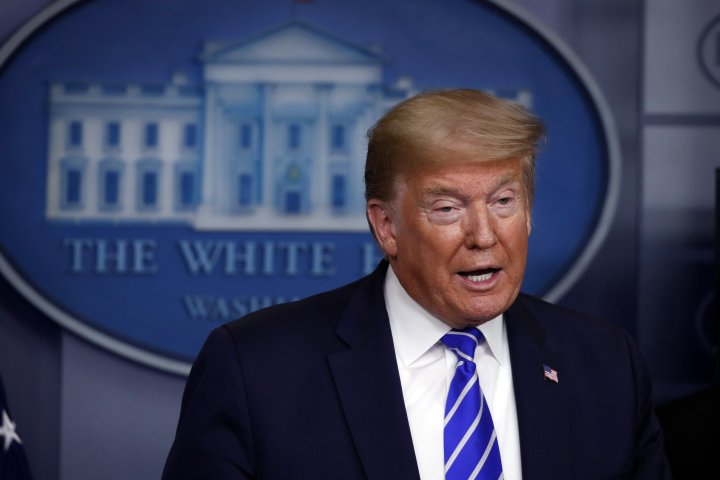 Acting ambassador Richard Mills said Thursday the pause in funding ordered by the president is necessary so the U.S. can assess the WHO’s transparency and accountability.

Last week, Trump accused the WHO of a cover-up and making mistakes in handling the outbreak in China. Secretary of State Mike Pompeo doubled down on those concerns speaking to reporters this week. The U.S. is the UN agency’s top funder, providing hundreds of millions of dollars annually.

Mills said the U.S. is still doing its part to support the international effort to fight the pandemic through an additional $775 million in funding through the U.S. State Department’s aid branch.

“As we move forward, if the WHO is going to play an effective role in helping us through the pandemic, and in the actions that we all need to take after this has been defeated and we look back at what we could have done differently, we need now to be thinking about what kinds of reforms and changes might be needed at WHO.”

Mills said the 60- to 90-day funding pause is designed “give the United States a chance to think through — as the major donor — what do we need to see in the WHO going forward so that we can have confidence as we do move forward.”

You should also READ  U.S. not yet in ‘second wave’ of coronavirus cases, experts say

Trump has been widely condemned internationally for the decision, while the Trudeau government has maintained its support for the WHO during the pandemic fight.

Foreign Affairs Minister Francois-Philippe Champagne said questions about the WHO’s role in the pandemic should be answered later, not during the international effort to stop the spread of the novel coronavirus.

“It’s not when there’s a raging fire that we have to check if we had the right fire detector. There will be a moment to have a post-mortem,” Champagne said Thursday in a videoconference with the Montreal Council on Foreign Relations.