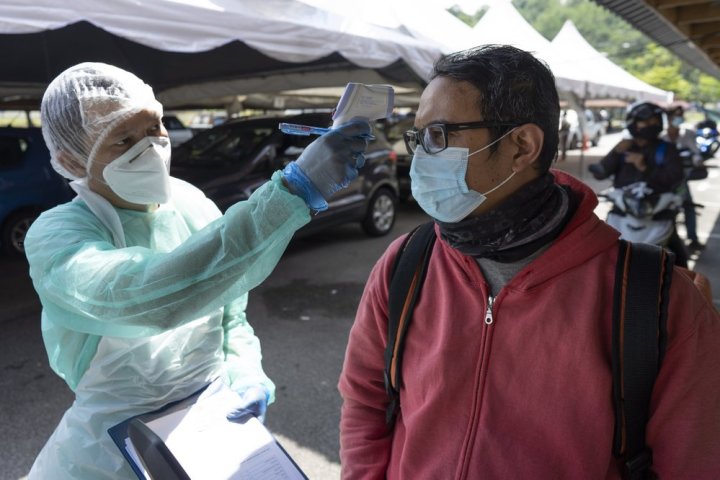 The world inched toward a new phase in the coronavirus crisis on Thursday, as some countries like Vietnam and New Zealand with few new cases moved toward ending their shutdowns while others like Singapore and Japan were tightening measures to prevent a surge in infections.

Like the U.S., many countries are moving from crisis mode to figuring out how to live with the virus by modifying pre-pandemic routines with precautions, more testing and containment of flare-ups, mindful of the potential for future waves of the virus.

Authorities in the capital of Indonesia, the world’s most populous Muslim majority nation, extended to May 22 strict disease-fighting restrictions with the approach of Ramadan, which begins with the new moon this week.

With traditional, communal meals for the poor, large fast-breaking dinners with family and friends and cultural events after sunset cancelled, the world’s 1.8 billion Muslims find themselves cut off from much of what makes the month special.

Pakistan Prime Minister Imran Khan bowed to the country’s religious clerics, refusing to close mosques despite an appeal from the Pakistan Medical Association warning such gatherings are like a petri dish for the spread of the virus in a country that has a fragile health care system.

U.N. Secretary-General Antonio Guterres urged Muslims to “focus on our common enemy — the virus,” and repeated an earlier appeal for an immediate cease-fire for all conflicts. In a separate message, he urged countries to provide equitable help to all, saying the pandemic was “a human crisis that is fast becoming a human rights crisis.”

You should also READ  Controversial Seattle protest zone to be removed after recent shootings, mayor vows

Some leaders are using the crisis as a pretext for repressive measures, Guterres said. “The message is clear: People — and their rights — must be front and centre,” he said.

The United Nations has warned that tens of millions of people risk starvation as the coronavirus pandemic, a plague of locusts in Africa and other disruptions prevent food from reaching the world’s most vulnerable populations in places like Yemen and South Sudan.

A report released Wednesday estimated that at least 135 million people are at acute risk of starvation due to conflicts and other factors. The report was compiled before shutdowns, border closures and freezes on transport activities began disrupting food supplies.

In response, the EU pledged 20 billion euros ($22 billion) for helping bridge such disruptions to provide help to vulnerable communities globally.

While some parts of the world are just beginning to grapple with the pandemic, in China authorities reported no new deaths and just 10 new cases on Thursday. The number of people hospitalized dropped to 959, with 63 considered serious cases.