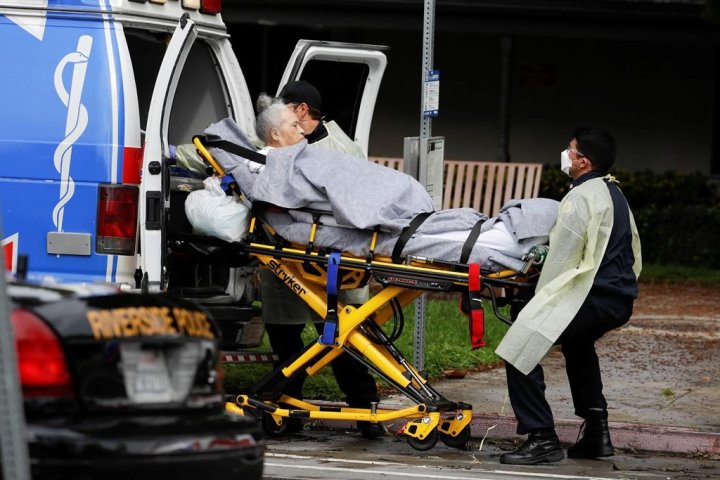 Two people with the coronavirus died in California as much as three weeks before the U.S. reported its first death from the disease in late February — a gap that a top health official said Wednesday may have led to delays in issuing stay-at-home orders in the nation’s most populous state.

Dr. Sara Cody, health director in Northern California’s Santa Clara County, said the deaths were missed because of a scarcity of testing and the federal government’s limited guidance on who should be tested.

The infections in the two patients were confirmed by way of autopsy tissue samples that were sent to the Centers for Disease Control and Prevention for analysis. The county coroner’s office received the results on Tuesday, officials said.

“If we had had widespread testing earlier and we were able to document the level of transmission in the county, if we had understood then people were already dying, yes, we probably would have acted earlier than we did, which would have meant more time at home,” Cody said.

In the wake of the disclosure, Gov. Gavin Newsom said he has directed coroners throughout the state to take another look at deaths as far back as December to help establish more clearly when the epidemic took hold in California.

He declined to say whether the two newly recognized deaths would have changed his decisions about when to order a shutdown. He imposed a statewide one in late March.

Officials said the two Santa Clara County patients died at home — a 57-year-old woman on Feb. 6 and a 69-year-old man on Feb. 17 — and that neither had traveled out of the country to a coronavirus outbreak area. The epidemic emerged in the Chinese city of Wuhan in late December.

Family members identified the woman as Patricia Dowd of San Jose, a manager at a semiconductor company who became sick in late January with flu-like symptoms.

She appeared to recover and was working from home the day she died. Her daughter found her, the Los Angeles Times reported.

Dowd traveled to various countries several times a year and had planned to visit China later in the year, her brother-in-law, Jeff Macias, told the paper.

“Where did this come from if it wasn’t her traveling?” Macias said. “Patricia may not be the first. It’s just the earliest we have found so far.”

“Let’s keep looking so we know the extent of it,” he said of the virus. “That’s the greater good, for everyone else and my family included.”