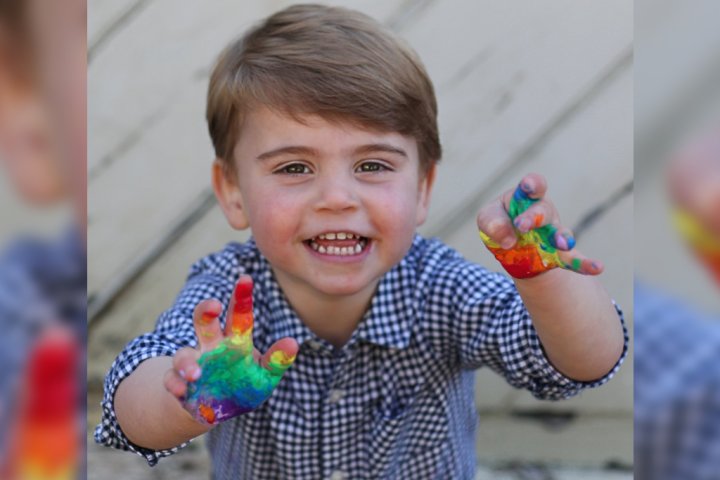 In an adorable reprieve from coronavirus news, Prince William and Kate Middleton shared new birthday portraits of their youngest child, Prince Louis — and one features an uncharacteristically tender moment with Prince Charles.

The shots were taken by his mom, the Duchess of Cambridge, who is known as a photography aficionado. She is often the talent behind the lens when it comes to her children’s photos.

In it, Louis wraps his arms around his grandfather’s neck as Charles holds him tightly, his eyes closed.

It’s unusual to see Prince Charles in such a candid, warm photo, making it all the more exciting for royal fans to catch a glimpse of the moment.

Louis and his siblings, Prince George and Princess Charlotte, recently appeared together in a video honouring front-line workers and volunteers during the coronavirus pandemic.

In the video, the three royal kids stand in the gardens of Kensington Palace and clap, as many across the world have been doing during doctor and nurse shift changeovers to show their respect.

You should also READ  ‘I guess we got to do it’: How COVID-19 projections dashed Trump’s Easter U.S. re-opening