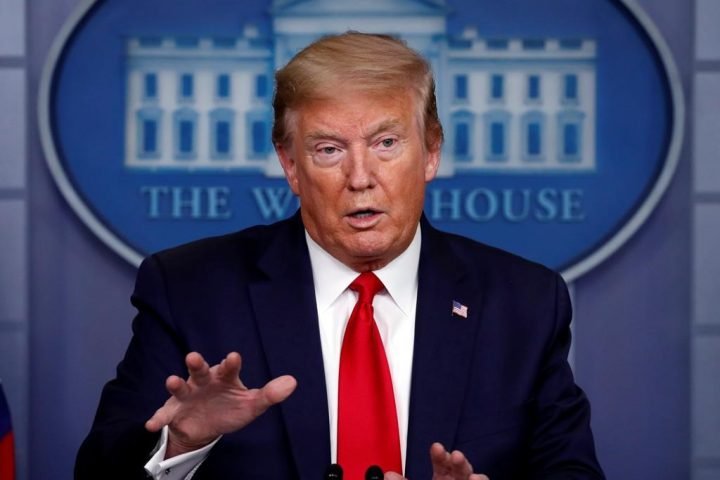 U.S. President Donald Trump on Wednesday signed an order to temporarily block some foreigners from permanent residence in the United States, saying he was doing so in order to protect American workers during the coronavirus pandemic.

The order is to last for 60 days and then will be reviewed and possibly extended. Some critics saw Republican Trump’s announcement as a move to take advantage of the coronavirus crisis to implement a long-sought policy goal of barring more immigrants ahead of the Nov. 3 election.

“In order to protect our great American workers I have just signed an executive order temporarily suspending immigration into the United States. This will ensure that unemployed Americans of all backgrounds will be first in line for jobs as our economy reopens,” Trump said at his daily news conference about the coronavirus at the White House.

He also said it will “preserve our healthcare resources for American patients” afflicted by the coronavirus.

White House lawyers worked all day to craft the language for the order, prompting some officials to say the signing might have to wait for Thursday. But aides described Trump as eager to sign the document.

Trump won the White House in 2016 in part on a promise to crack down on immigration and has made the issue central to his presidency. But many of his major moves trying to curb immigration have been challenged in court and legal experts said this executive order could also face lawsuits.

One U.S. Department of Homeland Security official who requested anonymity said the order would only apply to people applying for permanent residence from outside the United States, not those already in the country seeking to adjust their status.

Trump said the order initially would last for 60 days and could be renewed for the same period or longer, and that a second immigration-focused order was under consideration.

A person familiar with the internal debate at the White House said Trump and his advisers had discussed the executive order over the weekend and that the move was directed at his electoral base.

“He’s wanted this all along,” the person said. “But now under this pandemic he can absolutely do it.”