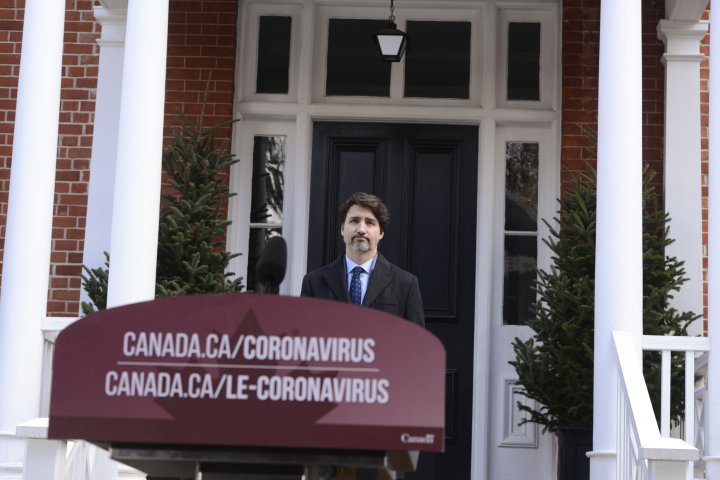 TORONTO — Dozens more deaths in long-term care homes were reported Friday as new figures indicated the extent of the economic dislocation caused by isolation measures aimed at mitigating the spread of the highly contagious COVID-19 virus.

The latest government figures showed more than seven million people had applied for the $2,000-a-month Canada Emergency Response Benefit, with the federal government having paid out $22.4 billion — close to the amount budgeted.

The emergency program is but one of several the Liberals have unveiled in recent weeks to cushion the financial fallout from fighting the spread of the new coronavirus, which has been particularly deadly for frail seniors in nursing homes.

Ontario reported 57 more deaths at long-term care facilities as it said its overall COVID caseload had grown by five per cent even though the number of new cases was at a single-day record of 640. In all, more than 13,500 cases have been reported in the province, with 763 of them fatal.

Prime Minister Justin Trudeau was scheduled to talk to provincial and territorial premiers Friday at which he was expected to discuss the “extremely troubling” situation unfolding at understaffed long-term care homes, particularly in Ontario, Quebec and British Columbia.

Calling the nursing home situation “unacceptable,” Trudeau promised a top-up of wages paid to front-line workers in seniors facilities but said it would have to be done in consultation with the provinces.

Both Quebec and Ontario have requested the military help care for residents in nursing homes and Trudeau said the requests had been approved.

“We’re identifying what needs to be done and mapping out next steps,” Trudeau said. “(But) this is not a long-term solution.”

Trudeau said it will be important to take a look at the long-term care situation once the immediate crisis has passed.

At his daily news conference, Trudeau also announced rent relief for businesses that were forced to close because of anti-pandemic measures in mid-March and can’t afford to pay their landlords.

Rent for April, May and June will be cut by 75 per cent for those paying under $50,000 a month, Trudeau said. Federal and provincial governments will cover 50 per cent, with landlords picking up the remaining 25 per cent. Non-profits and smaller organizations are also eligible for the help, the prime minister said.