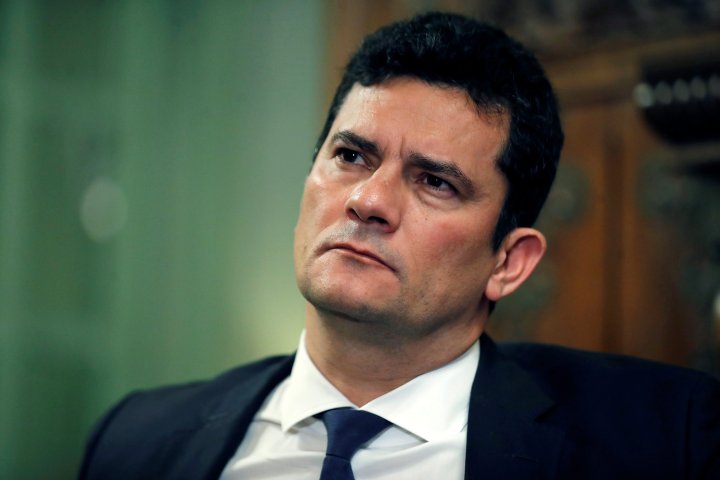 Brazil‘s Jair Bolsonaro suffered the heaviest blow to his presidency so far as his popular justice minister quit on Friday and accused him of potentially criminal meddling in law enforcement, adding to the turmoil of a government struggling to confront a fast-growing coronavirus outbreak.

Sergio Moro, who won broad public support for jailing corrupt politicians and businessmen as a judge, said he was resigning because Bolsonaro fired federal police chief Mauricio Valeixo for personal and political reasons.

The shocking exit and allegations from the so-called ‘super minister’ were a hammer blow for Bolsonaro, whose popularity had already slumped for downplaying the pandemic that has killed more than 3,600 Brazilians and shows signs of worsening.

Bolsonaro called Moro’s accusations “baseless,” denying he had interfered in investigations and insisting that he had the authority to replace federal police officials.

“The appointment is mine, the prerogative is mine and the day I have to submit to any of my subordinates I cease to be president of the republic,” Bolsonaro said in a public address, flanked by most of his cabinet in the presidential palace.

Brazilian financial markets tumbled, with stocks falling nearly 10 per cent before paring losses to 5.5 per cent and the exchange rate slipping to a record low. Investors fear Economy Minister Paulo Guedes may be the next ‘super minister’ to exit.

Moro said Bolsonaro had expressed concern about Supreme Court investigations, without giving further details, and he wanted inside information from his top cop.

“The president emphasized to me, explicitly, more than once, that he wanted someone who was a personal contact, whom he could call, from whom he could get information, intelligence reports,” Moro said. “And really, that’s not the job of the federal police to give that information.”

Capitao Augusto, head of the gun lobby in Congress that has been key to the president’s threadbare coalition, said this was the “beginning of the end” for Bolsonaro.

“His position is becoming more and more untenable,” Augusto told Reuters, adding that a parliamentary investigation was certain. “I think that after this pandemic, the first topic that will be debated will be the question of the impeachment of the president.”

Trump’s role in coronavirus briefings may be reduced after disinfectant remarks: sources